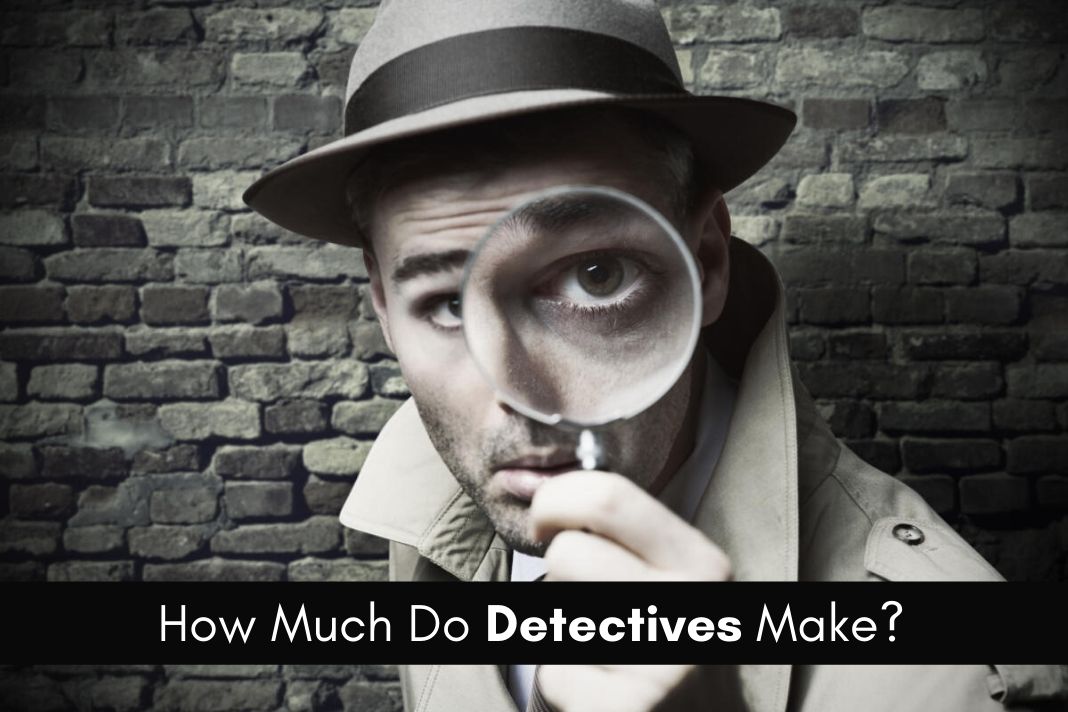 What Do Detectives and Criminal Investigators Do?

Detectives and criminal investigators   – sometimes referred to as special agents or agents  – gather information for criminal investigations. They compile evidence by interviewing witnesses and suspects, examining physical evidence and observing suspects. If there is adequate evidence, they will formally charge a suspect with a crime. Criminal investigators and detectives often participate in raids or arrests. These law enforcement professionals generally specialize in different crimes, such as drug trafficking, homicide, or fraud.

How Much Do Detectives Make

Most private detectives are employed in the security services and investigation industry, where they made an average annual salary of $53,480 as of May 2019. Those working for local governments averaged $60,100 per annum, while those who worked in legal services averaged $54,370 per annum. Private detective incomes also vary by location. Those in the District of Columbia made the highest mean income at $74,760 annually. The lowest average salary, $29,500 per annum, is from South Dakota.

Police detectives tend to make considerably more than private detectives. The BLS reports that as of May 2019, the average annual pay of a police detective was $83,170 a year, and the median income was $78,120 per annum. And 50 percent of police investigators made between $55,180 and $103,330 annually. The top-earning ten percent earned $131,200 or more per annum, while the bottom earning ten percent earned $42,220 or less.

[ Read: How to Become a Detective (Private and Police) ]

The U.S. BLS estimates that the employment of criminal investigators and detectives will grow in the coming decades. Career development will occur as the population expands, and the demand for trained law enforcement experts increases. Competition for jobs is estimated to be higher in federal and state agencies compared with local police departments. Bilingual candidates with military service, a college degree, or law enforcement experience – particularly investigative expertise – can enjoy the best prospects.

Recommended Articles ;
5 Qualities Necessary for a Brilliant Detective
How to Become a Freelance Detective