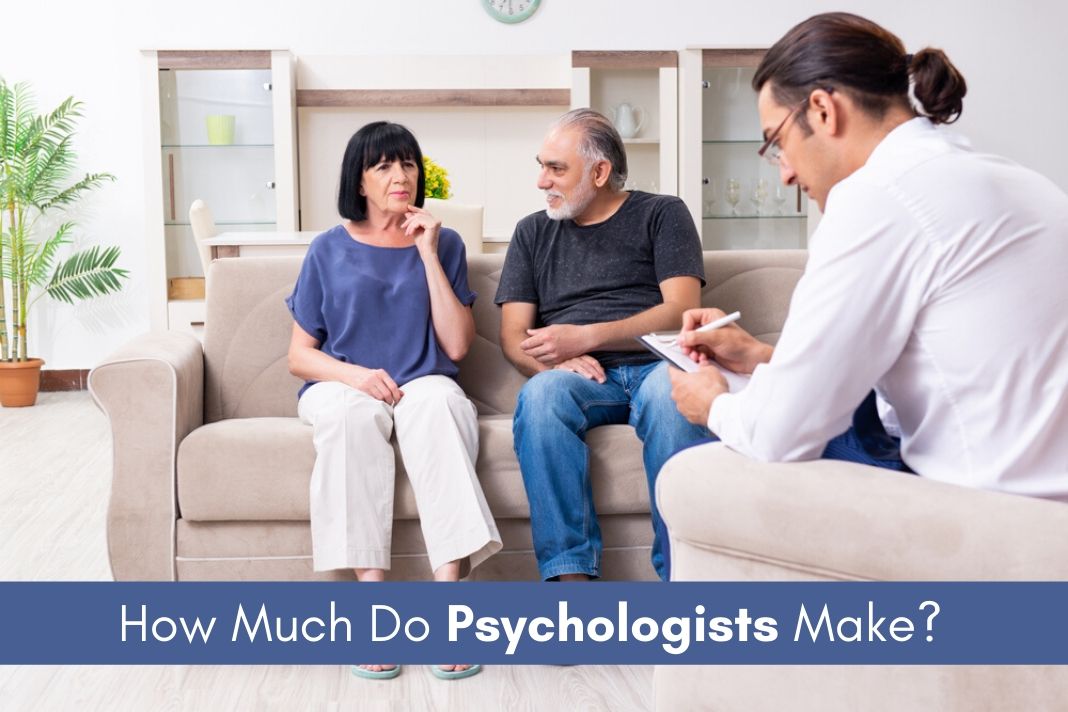 Psychologists help individuals, couples, and groups make behavioral changes and specialize in the human mind for scientific study. Typically, they should not be confused with medical doctors or psychiatrists who can prescribe medicine for mental care. In many U.S. states, psychologists treat patients using psychotherapy and discussion instead of medication.

Individual psychologists can prescribe medication in addition to counseling for many cases, according to the APA. As of now, only three states – Louisiana, New Mexico,  and Illinois – allow psychologists to work with physicians, pediatricians, and psychiatrists to prescribe certain medications.

How Much Do Psychologists Make

These professionals specialize in treating and diagnosing mental ailments, using child, family, individual, and group therapies. I-O (Industrial-organizational) psychologists averaged $104,570, or $50.37 an hour. The highest salary for this specialty was more than $184,390, or $88.65, and the lowest was less than $52,960, or $25.56. These psychologists help businesses solve problems in administration, management, personnel, marketing, and sales.

Trainee clinical psychologists begin at £30,501 (Band 6) of the NHS Agenda for Change (AfC) pay rates. After qualification, salaries within the NHS start at £37,670 (Band 7).

The biggest employers for school psychologists(1), and clinical, counseling, were secondary and elementary schools, accounting for 44,290 of the 107,990 workers in these areas nationwide the BLS reports. Salaries there averaged $75,690, or $36.58 an hour.

The highest-paying employers were specialty hospitals excluding substance abuse and psychiatric hospitals, where salaries averaged $93,690, or $45.03. For industrial-organizational psychologists, the biggest employers were scientific, technical, and management consulting firms, which accounted for 350 out of the 1,030 workers in this specialty. Salaries averaged $123,390, or $59.38 an hour. The highest-paying employers were scientific development and research services, at an average of $123,390, or $59.38.

[ Read: How to Get the Best Jobs for Psychology Majors? ]

Higher demand for psychological service in hospitals, social service agencies, and schools, is expected to power growth in clinical psychologists and increase awareness of the link between learning and mental health. For industrial psychologists, the growth is predicted to come from organizations using psychologists to help increase productivity and retain and select employees.

Also Read:
Step by Step Procedure to Become a Forensic Psychologist
How Much Therapists Really Make