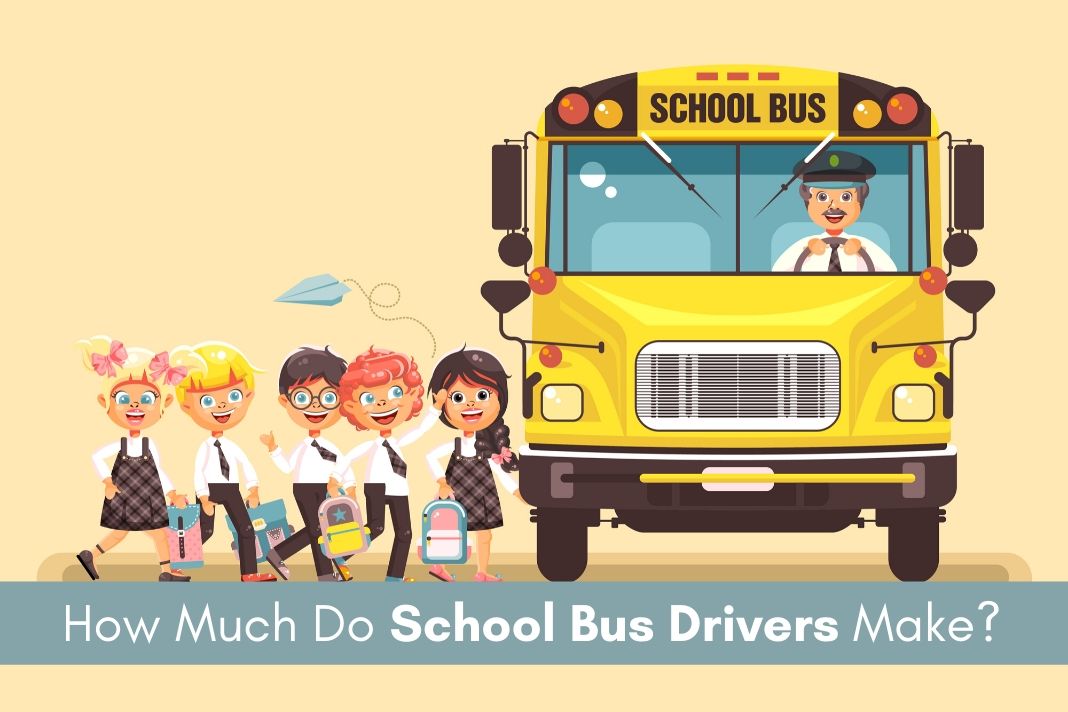 Although driving a school bus may not require a high level of education, candidates must possess a commercial driving license to qualify legally. Also, bus drivers must meet minimum standards for hearing and vision. The BLS (Bureau of Labor Statistics) reports that new bus drivers are generally required to undergo training for 1 to 3 months.

What Do School Bus Drivers Do?

School bus drivers ferry children from home to school (and occasionally from school to field trips and athletic events). These professionals generally need to have a chauffeur’s license, which is usually issued after passing written and driving tests with heavy vehicles in the relevant class. Additionally, prospective school bus drivers must pass drug screenings and a criminal background check and have a clean driving record.

This is typically part-time work that requires the ability to work mornings and afternoons. School bus drivers are hired both directly by districts and schools, or by contractors that supply the buses and service to districts. Whichever entity employs a bus driver, they generally offer further training to new hires that includes detailed procedures for monitoring behavior and handling discipline on the bus to ensure maximum safety for all student passengers.

The school bus driver is generally assigned a regular route and is expected to maintain a schedule for arrivals at every stop. In some cases, this may involve keeping a log or ledger of times and stops to be available for inspection by superiors.

How much do school bus drivers make

According to the BLS, approximately 224,390 bus drivers worked directly for secondary and elementary schools as of May 2019. They reported average hourly incomes of $13.65 and annual salaries, averaging $28,560. Approximately 152,270 bus drivers worked for bus companies serving schools and reported slightly higher average incomes. As of May 2019, bus drivers employed by independent companies made an average hourly income of $14.79 and the average compensation of $30,750 per annum.

Figures published by the BLS indicate that the metropolitan area where school bus drivers made the highest average income was the San Francisco-San Mateo-Redwood City area of California; those employed here earned an average of $42,590 per year. Those working in Philadelphia made nearly as much, an average of $42,250 per year.

Other lucrative areas included New Bedford, Massachusetts, at $41,160 per year, and Peoria, Illinois, at $40,890 per year. The highest-paying non-metropolitan area for school bus drivers was the North Valley region of California, with a reported average salary of $39,410 per year.

Careers in Asia: The average school bus driver’s salary in Malaysia is RM55,546 or an equivalent hourly rate of RM27.