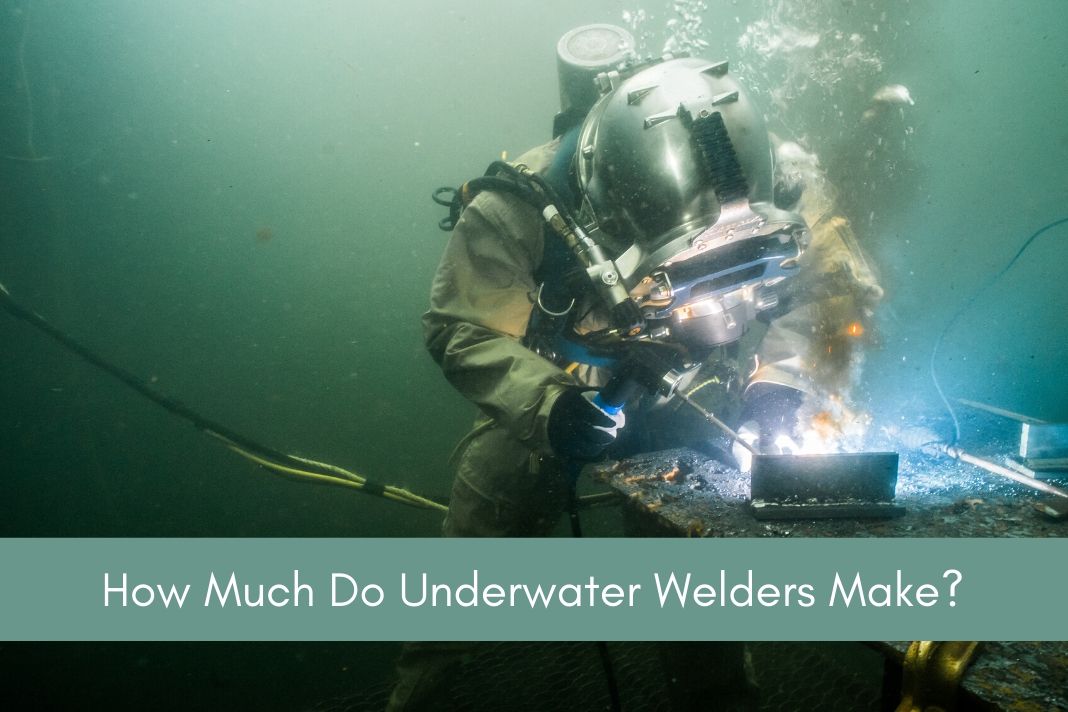 As the name implies, underwater welders provide welding services on structures and work under the water. Most work for oil service companies that supply diving services for offshore oil fields across the globe. They might be sent to global locations ranging from Vietnam to West Africa, though the majority are located in the Gulf of Mexico. Training requires at least twenty weeks. Underwater welding is included in the training of a commercial diver. Commercial diving institutes include this training to give the student a better chance of finding work after graduation.

Recommended Articles ;
How Much Welders Really Make
How to Become a Welder?

How Much Do Underwater Welders Make

The BLS groups underwater welders under the job category of commercial divers. These dive work below the surface of the water, using scuba gear to repair, inspect, install, or remove structures and equipment. They use a variety of hand tools and power, including welding equipment. The average salary for a commercial diver was $67,100 a year as of May 2019. The midway point or median pay was $52,550 a year. The top-paid ten percent averaged $94,630 a year or $45.50 an hour.

Workers engaged in what the BLS terms other heavy and civil engineering construction form the largest group of commercial divers. The average pay here was $66,520 annually. Divers in Louisiana, Florida, and Texas have the highest average annual incomes, ranging from $76,990 to $85,870 annually as of May 2011.

Many underwater welders are engaged in mixed-gas or surface-supplied air diving. In this type of diving, either a mixture of oxygen or air and a gas such as nitrogen or helium are pumped down to the welder. Other kinds of diving include saturation diving, which means the welder works at a depth below 500 feet. Because of the amount of time a welder/diver must spend in surfacing from that depth to prevent decompression sickness, he lives in exclusively constructed chambers until the job is done. These welders/divers can make more than twice as much as other divers because they also get a premium, called depth pay, for each foot they descend below fifty feet.

[ Read: A Career as a Scuba Diving Instructor ]

Careers in Europe: In the United Kingdom, beginner divers make around £100 a day, but this can increase to £1000 per day for more challenging work.

Mike Brown, former president of the ADCI (Association of Diving Contractors International), said in an earlier issue of “Underwater Magazine” that opportunities for divers — and, consequently, underwater welders — are increasing in the North Sea and the Gulf of Mexico.(1)

Job prospects for this field are good to fair, mainly as more underwater oil drilling takes place in the US. However, work availability may vary by year, and many underwater welding technicians work on a contracted, as-needed basis. Those who aspire to make themselves most deserving should be willing to travel around the globe for positions as required.

Professional divers who aspire to work in underwater welding may be able to expand their employability by having multiple specialties, including repair-type or ironwork specialties. Some divers go on to create their own enterprises, and others earn a good amount of money as consultants who charge for their services on an as-needed basis.