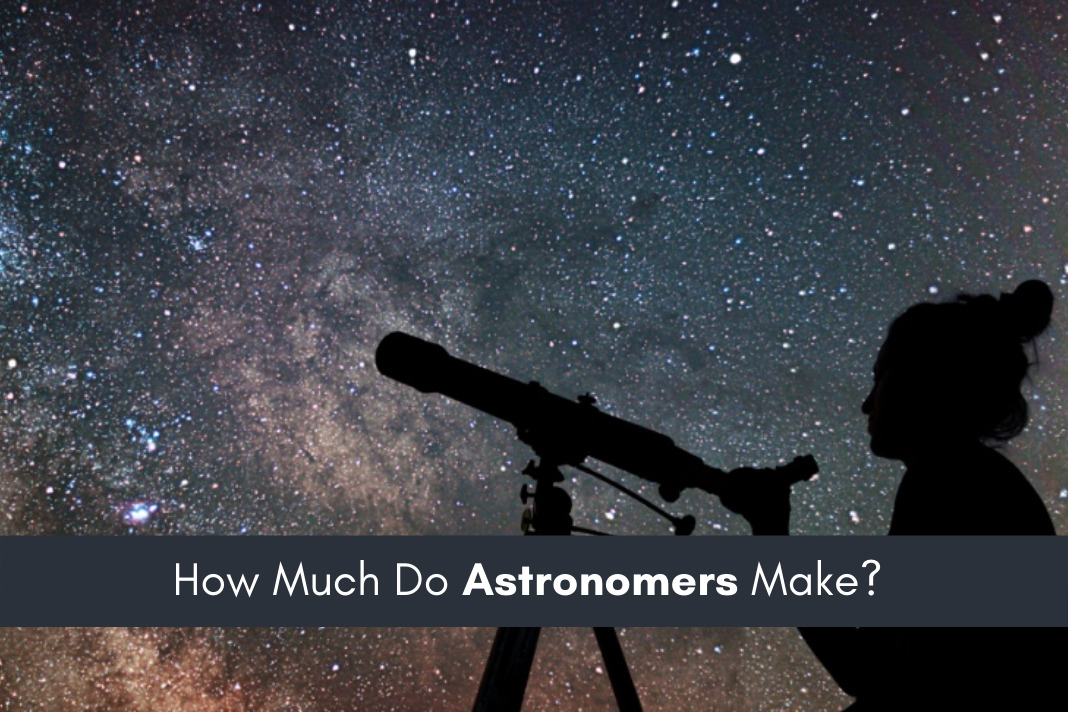 Have you seen the starlit sky and wondered what else the galaxy holds. But if you wish to do the work of discovery for yourself – the calculating, researching, and analyzing – you should consider a career as an astronomer. However, most astronomers’ positions require you to have a Ph.D., an astronomer’s compensation can be rewarding you for the time and effort spent getting an advanced degree.

In the broad definition, astronomers study the solar system, the planets, galaxies, and other subjects related to the universe and outer space, according to the April 2020 BLS Occupational Outlook Handbook: Physicists and Astronomers. However, most astronomers specialize in one area throughout their careers, such as the origin of the universe, black holes, or another galaxy.

Don’t visualize astronomers spending their days peering into the sky through a telescope, though. Most use standard telescopes only occasionally, such as when they’re leading a group of children at a planetarium or visiting one of the country’s large astronomy centers. Modern astronomers use computers to analyze and access data and photos captured by high-powered cameras that are fitted to the massive space telescopes.

According to the BLS, an astronomer job description can also include writing and presenting scientific papers, applying for funding for their research,  designing new scientific equipment like telescopes, and designing research software.

Astronomers often work as part of a squad of scientists, physicists,  and engineers. Around fifty-five percent of astronomers are university and college professors or are affiliated with a university through their observatory or lab, according to the AAS (American Astronomical Society). College faculty members are generally part of a combined astronomy and physics department and may teach both sciences and also perform their own research when they’re not teaching.

A Guide on How to Become an Astronomer

Steps on How to Become an Astronaut

Most positions for astronomers require a Ph.D. Astronomy, which utilizes the skills of many fields, including high-level mathematics and physics, so earning a bachelor’s degree in one of those fields – along with attending courses in astronomy – is a significant starting point. Getting admitted to graduate school for astronomy is tough, so take and shine in many math and science courses as an undergraduate. Look for jobs as a lab assistant, summer internships, and volunteer opportunities to strengthen your college resume.

After spending 4 to 5 years earning a postgraduate degree and Ph.D., astronomers typically spend 2 to 3 years in one or more postdoctoral research positions with compensation ranging from $35,000 to $45,000 per annum, according to the American Astronomical Society, before finding a permanent position in astronomy or related fields.

How Much Do Astronomers Make

As reported by the BLS, the median salary for astronomers in May 2019 was $114,590, meaning that half of the astronomers made more than this and half made less; the American Astronomical Society reports that college faculty members’ pay begins at about $50,000 and reach $80,000 to $100,000 for senior faculty. Those who teach science in high and middle schools are compensated according to the local school district’s salary guidelines, which usually pays more for higher degrees(1).

Besides teaching, astronomers work for the federal government, particularly for the Department of Defense and for NASA. They can also work at advanced laboratories like the Goddard Institute in Maryland, Los Alamos National Laboratory in New Mexico, and the Lawrence Livermore Laboratory in California and planetariums and observatories nationwide. Astronomers can also go into private industry, particularly aerospace companies hoping to gain an edge over competitors and consulting firms used by other companies and government agencies.

According to Payscale.com, astronomers’ average self-reported incomes increase with years of experience:

According to the BLS, the requirement for astronomers is expected to grow five percent from 2018 to 2028. This is about average for all jobs. However, it’s anticipated that physicists’ need will grow nine percent, so astronomers – with their robust physics backgrounds – can also qualify for these career opportunities.