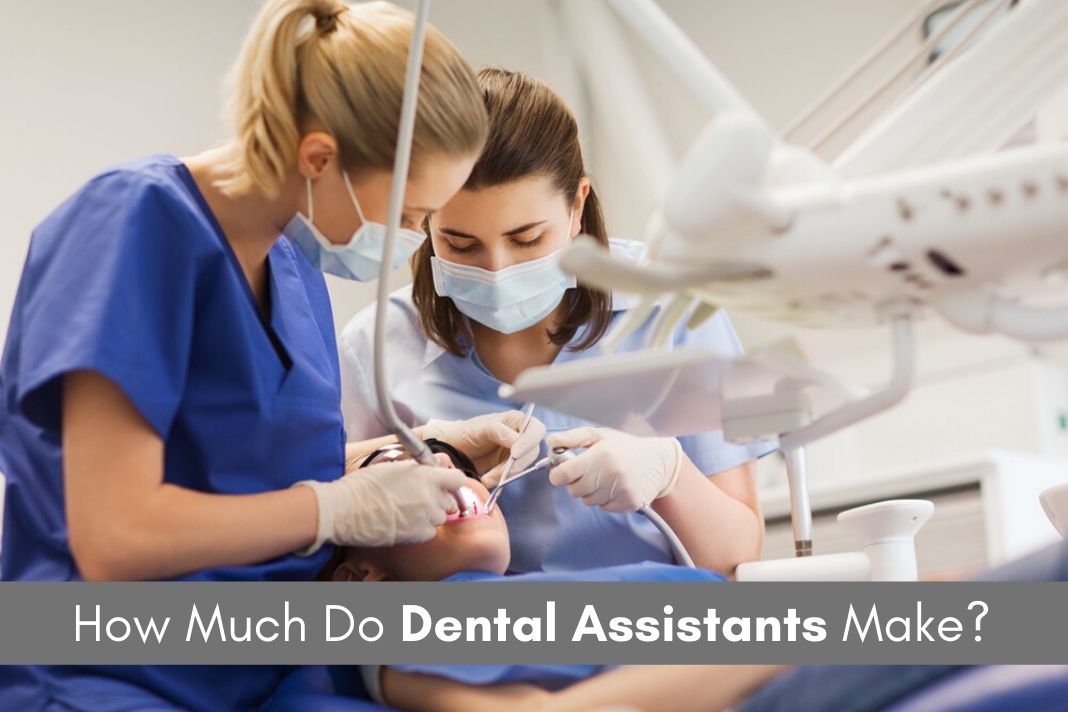 Dental assistants work majorly in dentists’ offices, performing several crucial functions. They sterilize tools for dental hygienists and dentists. They might also apply anti-cavity agents to teeth and anesthetics to gums and assist dental surgeons during procedures by handing them required instruments. Additional responsibilities and duties might include maintaining patient records and developing X-rays.

While some states require that dental assistants graduate from an accredited program, other states have no formal educational prerequisites for dental assistants; in a few instances, pass a state exam, according to the BLS.

How Much Do Dental Assistants Make

According to the May 2019statistics from the BLS, over 90 percent of dental assistants are employed in dentists’ offices and average $40,080 a year. Dental assistants working at universities and colleges made slightly less — at an average of $33,990 a year, as do those employed in physicians’ offices who make $32,750 per year on average. Dental assistants working in general hospitals make above the national average at about $36,350 a year. Those working for the state government also earn higher-than-average pay with state workers earning $36,890 a year and federal government workers making $38,280 per year(1).

Factors such as geographic region and work environment play a part in how much money a dental assistant can make per hour / annually. Let’s look at these closer.

Dental assistants working in the West, Northeast, and Great Lakes region tend to make higher compensation than their peers in the remaining country. According to the May 2011 Bureau of Labor Statistics, the Columbia District ranked first, with dental assistants making an average salary of $48,050 per year. Alaska ranked second at $42,550 a year, followed by New Hampshire at $42,520, Minnesota at $42,510, and Massachusetts at $41,380. West Virginia reported the least average pay for dental assistants at $25,890 per annum.

[ Read: Steps to Become Dental Hygienist – Get an Overview of the Career ]

The job outlook for dental assistants is comparatively positive. The BLS estimates employment growth of thirty-one percent among dental assistants between 2010 and 2020, far quicker than the expected growth rate of fourteen percent for all professions. The Bureau of Labor Statistics notes that ongoing research linking oral health and general health will drive the increased demand for dental services.

Recommended Articles ;
Salary Guide of Medical Assistants
How to Become a Dentist
How Much Does a Pharmacist Earn?