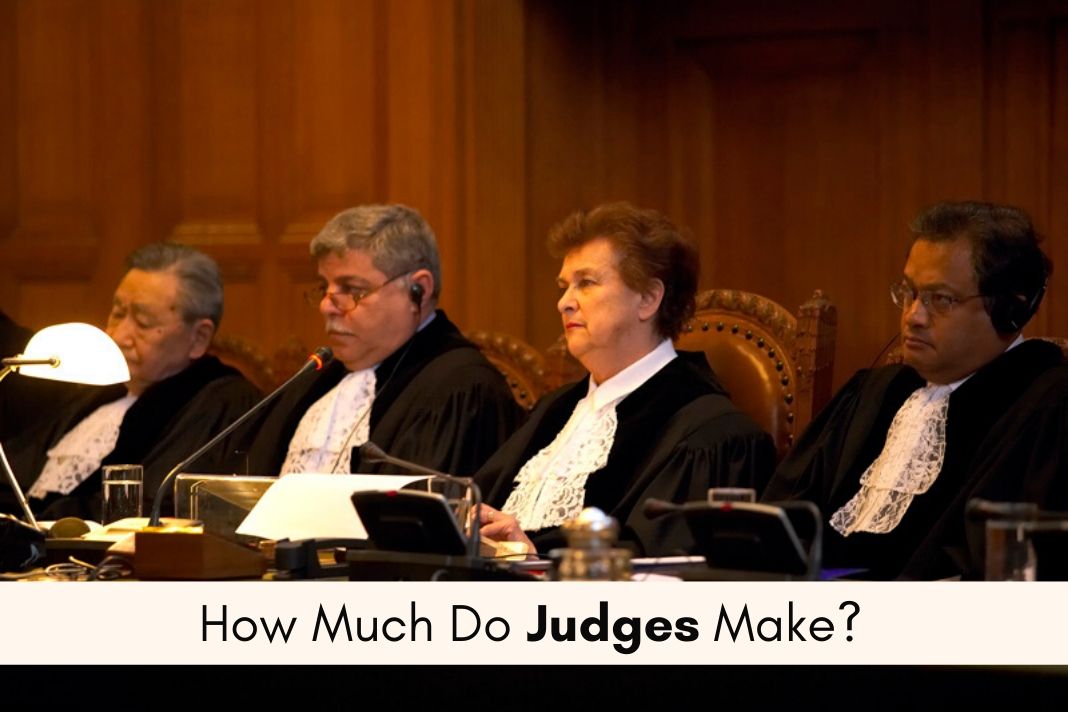 A judge is an elected or appointed magistrate who presides over court proceedings. Judges act as a referee between the litigating parties, rule on questions of law, and render decisions in legal disputes.

Judges perform a variety of tasks outside and inside the courtroom. In the courtroom, they do the following duties:

Judges don’t perform all of their work in the courtroom. They perform specific duties outside the courtroom (in chambers) as well. They research regulations and laws, supervise the work of law clerks and other court staff, issue opinions and case decisions, meet with attorneys to discuss cases and encourage settlement, and establish court procedures and rules. Some judges also issue marriage licenses and perform marriage ceremonies.

Education: Many, but not all, judges possess law degrees. Federal and state judges generally complete the educational requirements to become a lawyer and work for many years as an attorney before entering the judicial system. Some judges are appointed or elected to serve for fixed terms.

Judges spend most of their working hours in an office or courtroom. Some judges may be called to travel to different counties and courthouses within their state or local area. Hearing cases with confrontational or difficult individuals can cause the job to become challenging.

[ Read: Learn What You Need to Become a Judge in 9 Steps ]

Judges may work on the weekends or evening hours. Moreover, they may need to be available at all hours if there is a restraining order or search warrant.

How Much Do Judges Make

A judge’s salary varies based on the level of experience, area of expertise, certifications, education, and other factors. According to the U.S. DOL (Department of Labor), the compensation levels differ depending on the kind of judge. Typically, the highest paying judgeships are those within the federal court system. Judges with limited jurisdiction, like magistrates, typically earn the lowest salaries.

The median annual salary of U.S. judges is $133,840. The apex of the judiciary, the Chief Supreme Court Justice’s salary is $267,000 annually. Salaries vary significantly among the rest of the federal and state ranks, but almost every judge’s salary is greater than $100,000.

Careers in Europe: According to the latest figures from the Ministry of Justice, judges in the United Kingdom receive anything from just over £100,000 to more than £250,000 per year.

Overall employment for judges is estimated to grow slower than average, but varies by specialty, according to the U.S. DOL. Although caseloads are spiraling, budgetary issues can limit judicial hiring.

Many job opportunities will arise through the creation of new judgeships as authorized by law, promotion to higher judicial offices, and judicial retirement. Candidates with law degrees, legal experience, and extraordinary academic credentials will find excellent career opportunities.

According to the U.S. BLS, the job growth outlook for all judge occupations between 2016 and 2026 ranges from 4% to 6%, driven by budgetary constraints that limit the number of available jobs. This growth rate compares to the estimated seven percent growth for all professions.

The respect associated with becoming a judge, and the fact that many need to be nominated or elected into the position, also ensure continued competition for these positions.

Recommended Article :
Know How to Become a Court Reporter