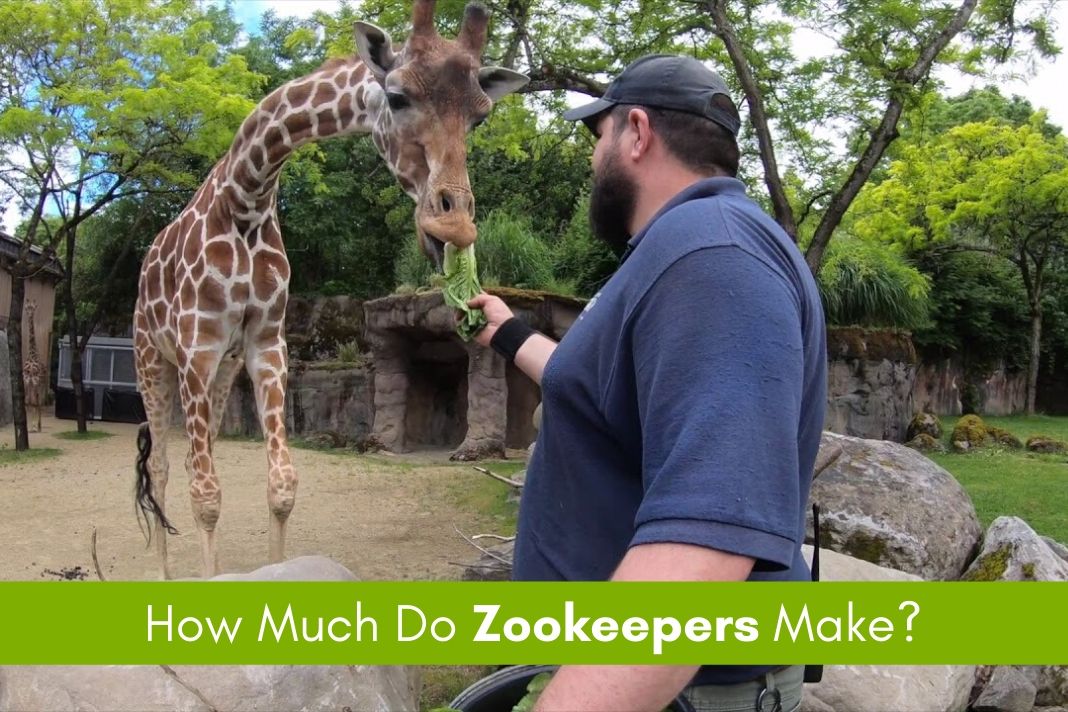 Zookeepers monitor diets and animal behavior, tend to grooming needs, and plan exercise routines. Many zoos prefer to hire zookeepers with bachelor’s degrees in biology or animal behavior. Despite this traditional education requirement, the compensation for zookeepers tends to be on the lesser side compared to other occupations that require college degrees. However, the lesser pay is often supplemented with additional bonuses, health care benefits, and vacation time.

What Do Zookeepers Do?

Anyone who has visited a refuge or wild animal park has likely seen a zookeeper or two on the job. These are the professionals who lookout for wild animals housed in these zoological parks and help maintain the habitats. Skilled zookeepers help care for and monitor the health of the animals they work with and provide education to the zoo visitors and general public. A great zookeeper can help build awareness about species in the wild and grow enthusiasm towards wild habitat maintenance and conservation.

How Much Do Zookeepers Make

According to the BLS, nonfarm animal caretakers made an average hourly salary of $10.75 in 2019, which translates into an annual compensation of $22,390. However, this occupation category includes a variety of workers beyond just zookeepers, including those who work at stables, kennels, pet stores, animal shelters, and veterinary clinics.

The Indeed career portal lists the average annual pay for zookeepers at $28,000 per annum, which would translate into $13.46 per hour based on a forty-hour workweek over fifty-two weeks. According to the BLS, the top-earning ten percent of nonfarm animal caretakers earned an hourly wage of $15.63 or more, while the lowest-earning ten percent made less than $7.93 an hour.

According to the BLS, island and coastal states paid animal caretakers higher than their inland fellows. The District of Columbia, D.C., paid caretakers the highest average hourly wage, at $15.16 among the states. Then comes Hawaii, which paid caretakers an average salary of $12.89 an hour. The next 3 top-paying states were Washington, Vermont and Oregon, paying caretakers $12.58, $12.08 and $11.97 an hour, respectively.(1)

Animal caretakers in metropolitan regions generally made more than their non-urban fellows. In 2012, the San Francisco region paid animal caretakers the highest average salary at $16.12 an hour, followed by Ocean City, N.J., where caretakers made an average of $14.59 an hour.

[ Read: 11 Best Jobs for Animal Lovers that are Unusual ]

According to the AAZK (American Association of Zoo Keepers), zookeepers’ salaries vary significantly based on the cost of living where zoos are located and the zookeeper’s experience.

The BLS estimates that animal care and service worker positions will increase by fifteen percent from 2012 to 2022, which is quicker than for other occupations. Notably, the country’s 41,600 animal training positions in 2012 are expected to grow by fifteen percent to 47,700 by 2022. However, the BLS observes that zookeeper positions will increase at a slower rate than other animal caretaker occupations.