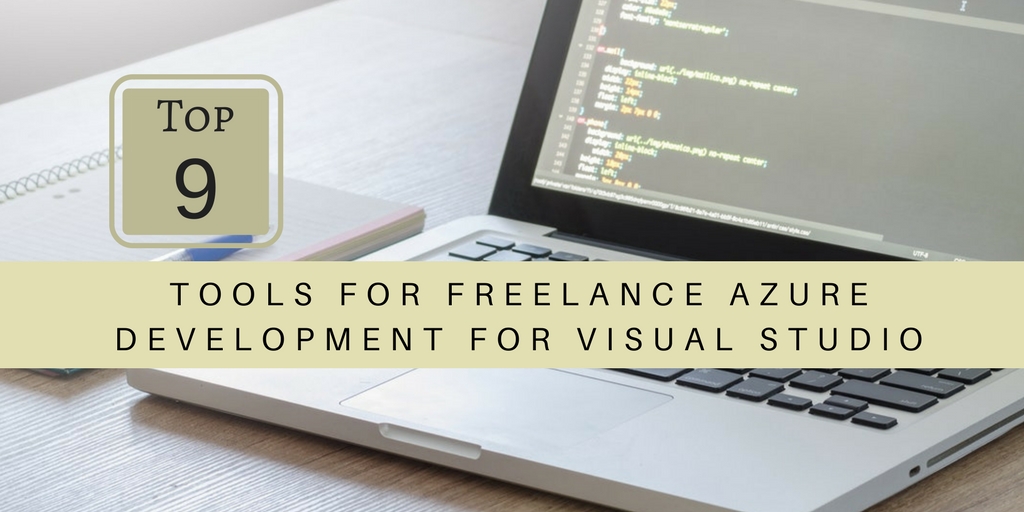 Azure is unique; however, one of the aspects that make it special, especially among the Cloud based solutions is its seamless integration with Visual Studio, which allows effortless project development process from set-up to deployment and ultimately resource management.

We have listed top 9 cloud based and data tools and extensions that make this integration possible and which help developers to code apps and run them quickly and without any glitches.

The Azure Productivity Tools are extensions that simplify the process of working with cloud resources and help regulate your applications.

CloudMonix supports Microsoft Azure by offering comprehensive monitoring of almost all Azure infrastructures through live dashboards and an ability to self-treat itself from many production issues. It also comes with uptime report generation, custom made alerts, notifications, integration with third party system, on demand historical performance and lot more features.

Cloud Explorer is continuously developing actively and every now and then new burst of features are added. The tool helps you with resource properties and developer and diagnostic actions. The Azure Preview Portal has immense capabilities in resource and group management.

Cloud Combine – A perfect tool that makes the functions of browsing, downloading, uploading and transferring of files between cloud storage services such as Windows Azure, Amazon Web Services and Google Cloud, effortless and professional.

Cloud Combine lets us to browse storage exactly like how we do using Windows Explorer. You can also use the tool for downloading and uploading data of any type and size. With Cloud Combine, you can easily manage your storage settings like Server Side Encryption or S3 Class Storage.

SQL Database Migration Wizard – This particular tool is topping the chart, which has been expanded to help the migration of SQL Server 2005 – 2016 databases to Azure SQL database.

The migration is done using .NET framework. Additionally, to identify and trouble shoot potential problems it deploys migration and upgrade analysers even before you pull the migration trigger. The tool also comes with command line tools and graphical wizard interface for customised script migrations.

Graph Engine VS Extension – Previously popularised as Trinity, this extension is an in- memory, distributed and in-graph processing engine. The tool plays an important role in a number of domains.

The RAM Store of Graph Engine has high memory utilisation ratio, providing a good memory that lets us manage billions of run –time objects, speed up data accesses and computations that takes every single byte in account. Graph Engine is extremely extensible as well which allows it to readily integrate with other stacks as well.

Database.NET – How can we forget this simple yet highly effective tool which is a magnum field of exclusive database management and development tools within the framework of Visual Studio Project Explorer? Database.NET easily monitors Azure SQL and supports the same natively amongst other 20 data sources.

With the innovative and intuitive multiple database management tool you can now browse objects, design tables, run queries, monitor and analyse SQL, and conduct several data process like syncing, importing, exporting and migrating, everything with a consistent interface.

Why project templates and sample codes are important? Well, they are the basics upon which we can learn and deploy new technologies, transit business to a greater platform and a perfect way to feature your product’s unique features, provided, if the platform or framework is pre-existing.

Azurelonic To-Do List App – This template is an iconic app that is linked with Azure’s Backend mobile service. It helps freelance azure developers to create unique code structures and add dependencies to their projects so that developers can rapidly build apps without additional support.

This app is created by Newton Jain Microsoft, which is also the creator of Ionic Project Template for Visual Studio.

This app has become a popular choice for back end service hosting on all major mobile platforms. So, if you want to start cross platform app design or want to create and integrate cloud services, then this is the right place to start.

Ignite Azure Db Write Bolt – This is a sample bolt for writing real time stream of data from HD Insight Storm to SQL Azure. This template combines different interesting technologies such as Apache Storm, a kind of extension.

Apache Storm is a streaming solution considered when large scale real time applications are needed to be built. It is available on Azure as a fully managed service.  It could be also called as an open source real time computation engine which is distributed. With the help of this template, you can easily extend it to back Document DB and other output data sources.