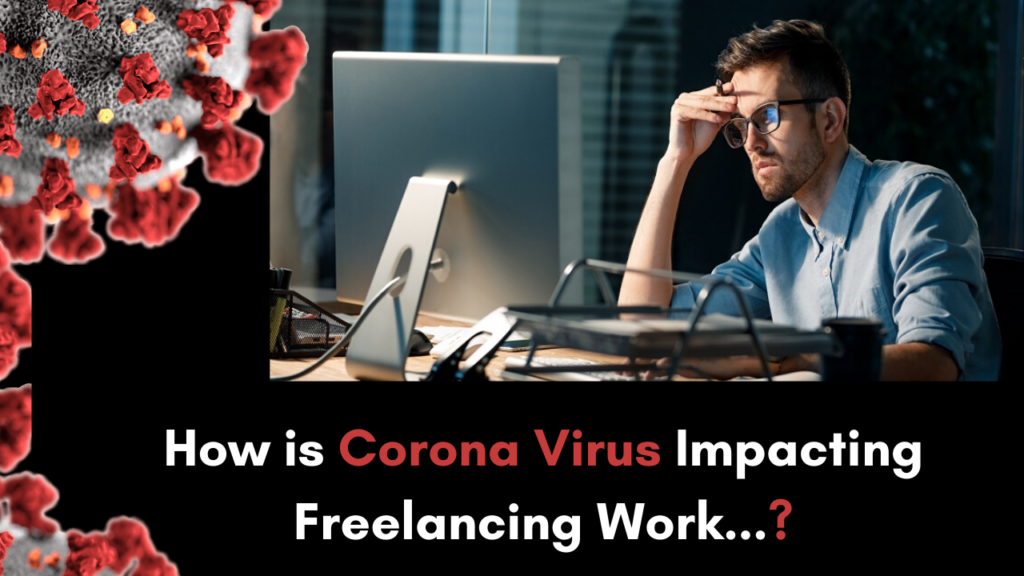 As Corona Virus, or COVID-19, becomes increasingly infectious, many businesses are shifting to a remote-working model. So even though WHO declared COVID-19 a pandemic, organizations manage to run at almost the same capacity with employees choosing to work from home.

In fact, Freelancer’s study pointed out that average productivity has increased by more than 17%. On the other hand, because of dwindling demand, and therefore business, organizations are forced to layoff employees to cut costs. Whether companies decide to go remote or lay off employees, the workers still emerge with guaranteed payment in hand. Government regulations dictate that every employee, including casual workers, are eligible for statutory sick pay even if they need to self-isolate themselves

Unfortunately, Freelancers don’t join the league. There are more than 50 million freelancers in the US alone who don’t have access to the safety nets that regular employees do. However, their contribution is indispensable to the American economy because they constitute more than 35% of the working population.

Most releases and websites are asking people to strengthen their clauses with the employers to ensure they don’t run out of payments even when the work dwindles. However, the problem that they are facing currently is genuine.

With Europe being the most affected because of the virus, the UK government is facing significant flak for not doing enough to protect the freelancers. UK broadcasting union, Bectu, warns that the freelancers in the TV, Film, and event management would have to bear the brunt of job loss.

Telegraph’s interview identifies an average reduction of 75% income for freelancers working in the event management industry. Music freelancers lost an average income of 5000-6000 USD a month due to canceled gigs.

While some freelancers have a safety net to fall back on in the form of a day job, some base their entire income on freelancing. Within the creative community, one reason that hosts are hesitant to continue with events is because of the possibility of spreading the virus. When hosts welcome artists on the stage, they shake hands. Many artists spit on the same microphone.

All these create the perfect environment to create countless vectors within a small geographical area. Because people are hesitant to venture out, the demand for live events and photography has come down too. One way musicians and comics are trying to make the best out of the situation is by taking their profession online and encouraging people to purchase tickets for digital shows.

Situations are not better off in the other corner of the world either. KPMG, in its prediction for Australia’s GDP growth, has marked a stark 0.9% knockoff from its current GDP in 2020-21.

What are Governments Doing to Address the Issue?

In Italy only, canceled events or suspended commissions rose by 20 percentage points within two weeks. The Australian government has announced a $17.6B relief package with reliefs as high as $250K for small businesses. However, sociologists in Standard complain that a cohort of freelance workers are neglected from this package for the sole reason that they aren’t a part of companies’ payrolls, and therefore are not entitled to any other form of statutory pay.

Australia’s Centre Future Work statistics show alarming statistics — the incidence of casual working has gone up by more than 20%. In comparison, the share of employees without leave entitlements has also increased by more than 3% within five years. The same study also pointed out the percentage of full-time employees, leaving into casual employment while leaving leave entitlement behind has fallen to below 50%. When more than 50% of a country’s workforce is threatened with unemployment and financial instability, governments can’t help but act.

BECTU’s parent union, Prospectus, has urged the UK government to act swiftly to protect self-employed professionals and freelancers who are in a particularly vulnerable situation because of the virus’s rapid spread. However, the relief package announced by the Chancellor has failed to appease Prospectus, who claimed that the package is in no way comparable to the scale of assistance offered to full-time employees.

What is the Future for Freelancers Now?

Some companies such as Facebook, Apple, and Google have allowed standard wages for contractual freelancers even though the volume of work received has reduced. Otherwise, in general, employees are reluctant to retain freelancers owing to the severe fall in demand.

As a freelancer, you can always discuss with your employer the possibility of staying on rolls, either with a retainer or through standard payments, while getting a chance to work remotely. You could engage with your clients to clarify their contingency plans for the continuity of your relationship.

Businesses with under 250 employees have the option of the statutory sick payments they make refunded to them by the UK government. One option you have is to negotiate a temporary onboarding, either on a contractual basis or for a project, so that you get eligible for the SSP, which companies can anyway claim as a refund.

The government has also enabled an option for self-employed professionals to get on its Universal Credit program where they can get some support allowance. However, several experts worry that placing such a large volume of the workforce on support payments can cripple an already delicate economy.

While the general trend of business has been a decline for freelancers, some sectors have suffered more than others. Because an increasing number of people are staying at home, the need for delivery services has increased. Platforms that employ delivery professionals and freelancers have seen a tenfold increase in their sales in the US alone.

Stockpiling because of fears has increased store traffic, which boosted the commute industry with freelancers earning more on trips of short durations. In fact, the USA has made the most progress concerning financial security for self-employed professionals. They have provided a refundable tax credit to cover their sick-leave costs subject to certain limits.

At the end of the day, freelancers have to bear a massive brunt because of their dissociation from corporate employment. In testing times like these, it is one-for-all. Freelancers should look out for each other to promote business ventures that could prevent financial insecurity while taking advantage of government schemes for business people.