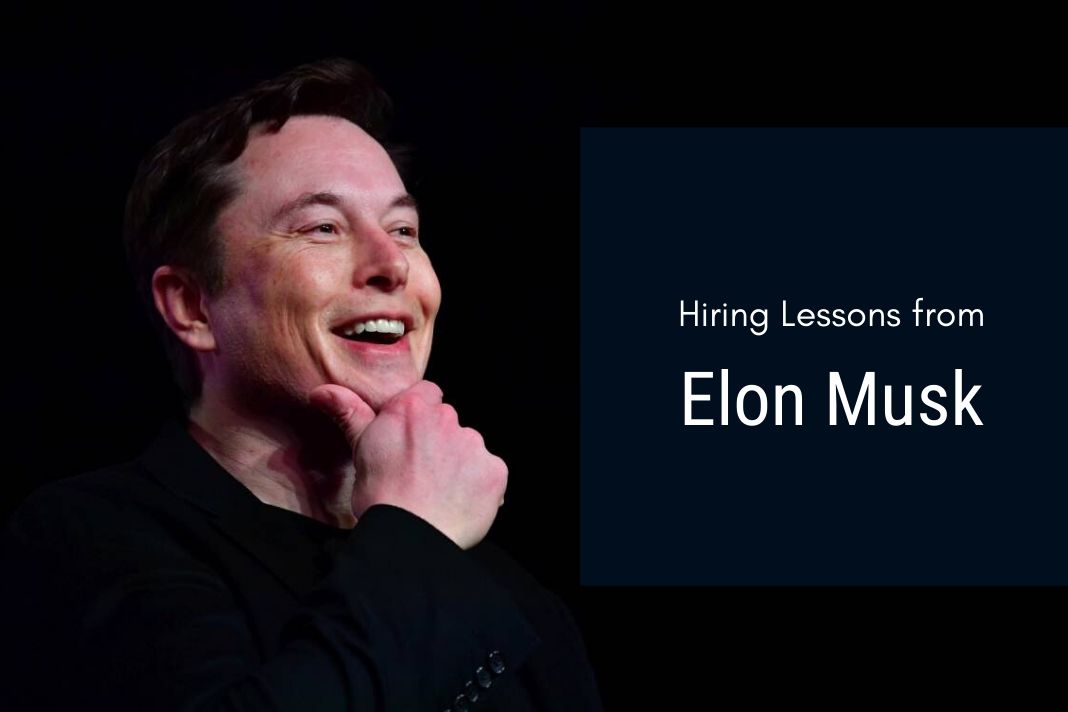 Elon Musk’s ideas have the potential to change how mankind approaches various issues. He is treated as one of the greatest visionaries in recent times for his plans.

It is of little surprise that Business Insider ranked Musk at #7 in the list of top 100 business visionaries for 2017. Musk has been described as relentless in his work ethic. In fact, as most employees recount, Musk drives all his employees until they feel like they are ‘staring into the abyss.’

While most employees who work under him detest how hard he pushes them, almost everyone admits that he is a great leader. However, if you want to build a hobby, have a good work-life balance, or a life outside work, employees say that he is not whom you want to work under.

While he is great at running his business, he also knows exactly what he wants out of an employee. He’s gone public in several interviews to talk about what he looks for in a candidate interview and how he assesses if the candidate would be a good fit with the company.

In an interview at Business Insider’s Ignition conference, Elon Musk spoke about the easiest way for him to know if an employee is worth the effort or not. Given the complex nature of the solutions that Musk’s businesses look at, it should come as no surprise that he looks for employees who have the ability to persevere in the face of adversity and come with some solution.

In that conference, he talked about the fact that he looks at how the employees have tackled their biggest issue. He doesn’t look at the size of the problem.

He wants to know how the candidate has persevered in finding a solution. As he mentions, if a candidate has really faced an issue, then he can talk about every aspect of the issue because no one forgets their worst problem. If, however, a candidate is faking the issue or borrowing from someone else, they’ll get stuck. So, his questions probe the problem to get a better insight into the candidate’s life..

[Also Read: 5 Ways to Work While Studying Without Waiting to Graduate]

him. He states how the people who’ve accomplished a lot, like Bill Gates or Steve Jobs, have not completed their college degree. He goes out to say that he needs to see an ‘exceptional ability’ in the candidates he hires. As ex-employees or interns say, whether they’ve graduated from a community college or an ivy league school, Musk barely glances at their resume.

In fact, one of his standard questions is to ask them about the technical project that they are most proud of. As the ex-HR of Tesla states, most people flounder when they are asked that question. They talk about a big project where their role was limited.

Elon Musk wants to understand the extent of their technical expertise. The same HR goes on to say that it is better to talk about projects that you’ve worked on in small teams because that shows how you’re aware of every single aspect of the project. It is interesting to see people talk about their major accomplishments because they get to talk about the problems they faced and the solutions they came up with to overcome the problem.

Elon Musk requires a high team collaboration ability. After the failed launch of Falcon I, he spoke with the team and roused them up so they could get back up and work on the issues that resulted in Falcon I’s failed launch. This method of leadership worked because Falcon II was a success, making it the first privately-owned spacecraft in Earth’s orbit. During an interview with Henry Ford, he talked about how personality is an important factor in deciding whether a candidate should join the team or not.

Given how hard he pushes them, the employees need to maintain a positive outlook and a good spirit to continue. As an ex-SpaceX engineer mentioned, even the best and the brightest are defeated after Elon’s interview. It takes more than a talented person to stay with the team.

Elon Musk has mentioned several times that, no matter how good an employee is if his interaction with his colleagues is bad, he can get fired. This goes to show how important Elon Musk considers team spirit to be.

For a short period of time, interviewers would ask questions that were posed as riddles. These questions were to assess how quickly an employee can think on his feet. They were originally popularized by Google but were quickly left to gather dust because they didn’t give any valuable insights into the employee’s abilities after a few iterations were made public.

Musk, however, seems to thrive on that. It is generally said Elon interviews every single person who would work under him. He is known to ask employees these questions from time to time to test how they solve the problem. One of his favorites is

“You’re standing on the surface of the Earth, you walk one mile south, one mile west, and one mile north and end up where you started. Where are you?”

While one answer is the North pole, there are other answers as well. The purpose of these questions is not to see whether they give the correct answer or not, but to understand how they arrive at the solution. This process speaks a lot about the candidate’s intelligence than answering those questions correctly can.

Of course, it also depends on what sort of roles you are interviewing for. If you’re interviewing for an analytical role, you’d need to focus on the teaser questions. Otherwise, you should be able to talk about everything on your resume because that is another thing that he asks.(1)

“Talk about everything that you’ve put on your resume.”