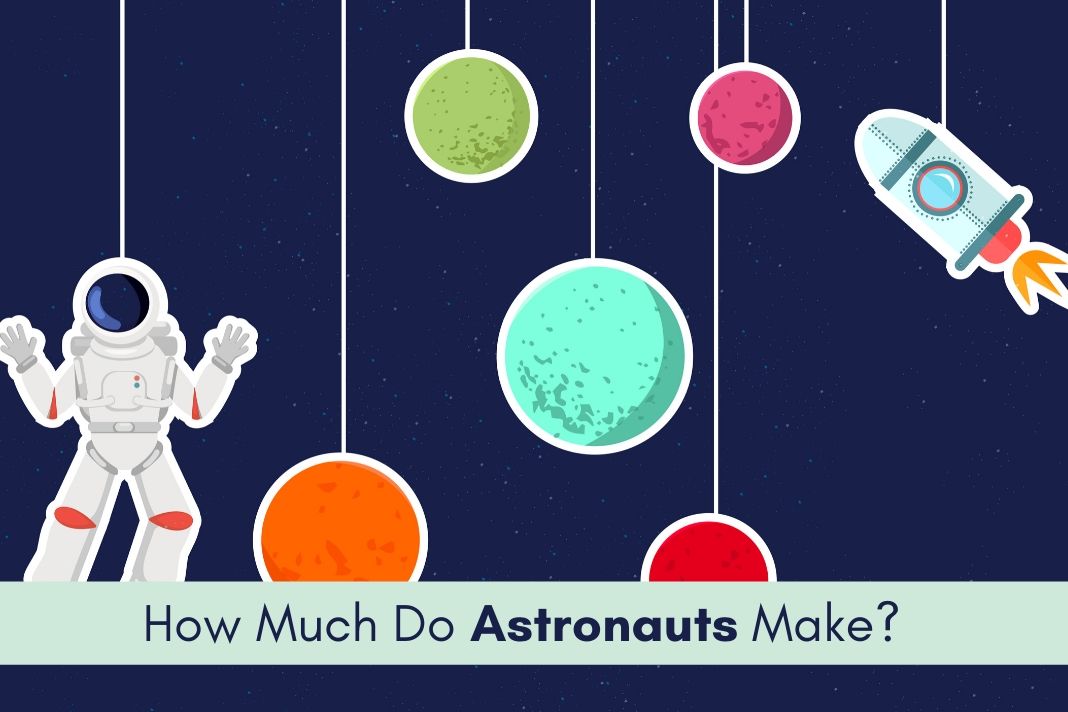 Along with wanting to be a policeman, fireman, or doctor, many kids dream of becoming an astronaut. But it’s not an easy road. It would be best if you first qualified to become an astronaut candidate. After being selected, you must complete a 2-year evaluation and training and period to be eligible, and even then, you may not ever take flight. This doesn’t mean it’s impossible, and the earnings often reflect the commitment and patience it takes to see it through.

What is an astronaut?

An astronaut is an extensively trained individual that commands, pilots, or serves as a crew member of a spacecraft and participates in other space exploration activities. Most American astronauts are considered civil servants, which means that they are government employees. They are required to attend meetings, write reports, and go to training sessions. They possess various specialized skills unique to their position, and they have opportunities to travel to and work in space, although those opportunities are rare.

As reported by the National Aeronautics and Space Administration (NASA), civilian astronauts are awarded a salary grade of somewhere from GS-11 to GS-14, so the compensation range is relatively broad. Starting salaries begin at just around $66,000 a year. Experienced astronauts, on the other end, can make upward of $144,556 per annum.

However, most astronauts come from the military, and like anyone in the armed forces, they’re awarded a salary grade based on active duty status. A captain or colonel, for instance, is commissioned at an O-6 pay grade. After 8 years of service, they would earn $8,030 a month, or $96,360 a year.

How Much Do Astronauts Make

Military astronauts have the additional bonus of housing allowances, as do other military personnel. In addition to base pay, captains and colonels are given over $1,529 a month for housing without any dependents, and almost $1,849 a month with dependents. Brigadier generals and any other rank above this are given $1,697 a month without dependents and $2,056 with dependents. They can also be eligible for special incentives, such as aviation career incentive pay, which can bring an additional $150 to $1,000 a month more to base pay. Civilian astronauts wouldn’t be eligible for any of these benefits.

[ Read: Steps on How to Become an Astronaut ]

While NASA is always looking for astronauts, the chance of being selected for the program is about 0.7 percent. NASA doesn’t recommend one degree over another to improve your chances, but the basic requirements are often physical science, or mathematics, engineering, biological science. Entrance to the program also requires either 1,000 hours of pilot-in-command time in [a] jet aircraft or three years of related professional experience. However, most candidates get jet aircraft experience in the military.