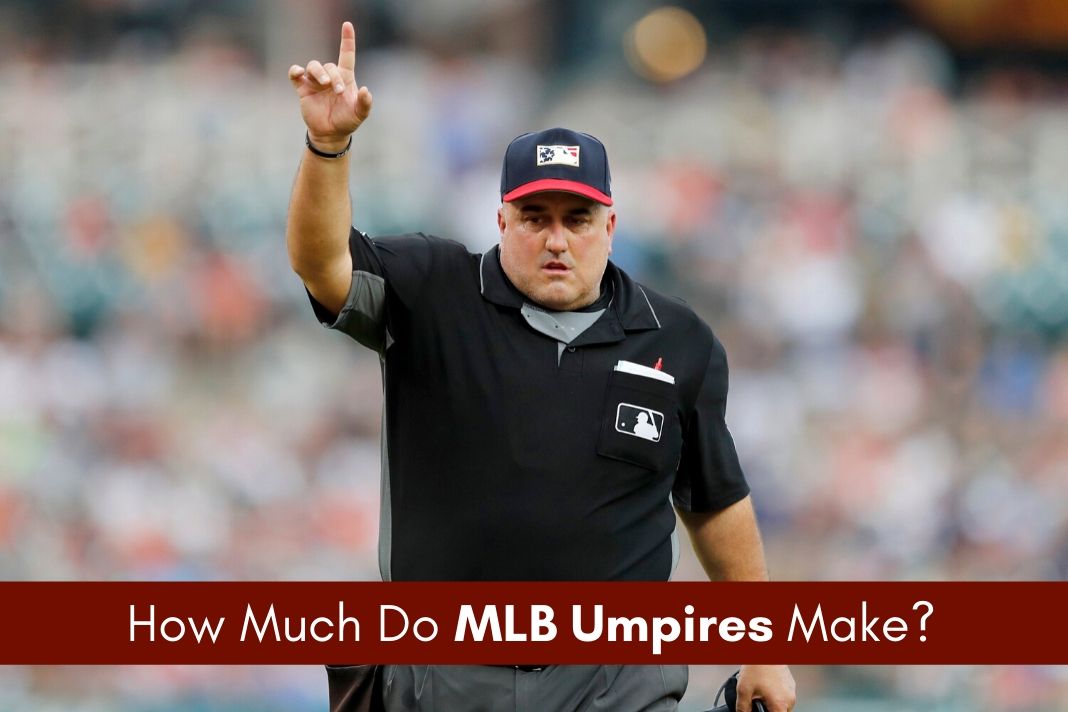 Visualize earning a comfortable salary, traveling across the nation, and getting all the peanuts and hot dogs that you love to eat. Becoming an (MLB) Major League Baseball umpire, offers you that opportunity, along with a front-row seat to baseball in America. Sixty-eight umpires are working in MLB, and generally, only one retires per year, so competition is tough. Apart from graduating from umpire school, networking, and a few lucky breaks are necessary to get the call to the Major Leagues.

MLB umpires may only work 6 months out of a year, but during a season, they may stand in a crouched position for 18 hours per week. Working with crews of 4, Major League umpires call balls and strikes, determine foul from fair balls, and keep managers and players in line. The crew chief stands at home plate, and the other umpires are referred to as field umpires. The crew chief or umpire in chief is responsible for ensuring that all League regulations and rules are followed. While Major League umpires officiate game calls, team managers are permitted to challenge a ruling on the field.

In some instances, a protest can be officially contested with the League. Video reviews by umpire supervisors take place frequently to help umpires remain sharp. Benefits of the job include a lucrative salary, four weeks of paid vacation, first-class airfare, incidentals, and a daily per diem for meals, hotel.

The path to earning a spot in the Major Leagues begins by enrolling in one of two umpire schools sanctioned by MLB. The 5-week course provides field training and classroom instruction, but it also serves as a screening tool to determine if you have the potential to be in the big leagues. You don’t need any earlier experience to enroll in the class. You will learn signals, the rules of the game, the philosophy of umpiring, authoritative voice, how to manage stressful situations, and the mechanics of umpiring.

Performing at the peak of your game is crucial during the class. Approximately sixteen percent of enrolled students will be tapped to go on to the Minor League Baseball advanced course. From there, you may be selected to start working in the minor leagues. Advancing through the minor leagues paves the way for an opportunity to be invited to the Majors.

Here’s How Much NBA Referees Get Paid

How Much Do MLB Umpires Make

No one gets to the pinnacle instantly; we all have to begin from somewhere, and for the baseball umpires, that means becoming a class A umpire. Well, the lower the ladder you are, the least the pay

According to Career Trend, the starting newbie umpire pay is $150,000, and the more seasoned umpires and senior umpires like Joe West earn as much as $450,000 per annum. That may seem like a lot for a regular-season that lasts only 6 months long, but it’s reasonable after factoring in the post-season, Spring Training, and All-Star games.

Pay increases, in a phased manner, for umpires in the minor leagues. In 2019, MLB reported that Single-A umpires earned $2600 per month, and Triple-A umpires made $3900 per month. Major League umpires start at $120,000 per year, and seasoned umpires can make as much as $350,000. Travel expenses, benefits, and daily per diem add to the salary package(1).

Seasoned umpires enjoy huge salaries, but they also get the first crack at crew assignments, schedule choice, and field position. Since post-season play, and all-star games, including the World Series, are not included in a regular season, experienced umpires are first in the race for these fancied assignments.

Positions for umpires in the minor leagues are limited. Approximately 50 high performing students make it to the minor leagues every year. Low turnover in the Majors means limited opportunities for the 225 minor league umpires eyeing for a position.