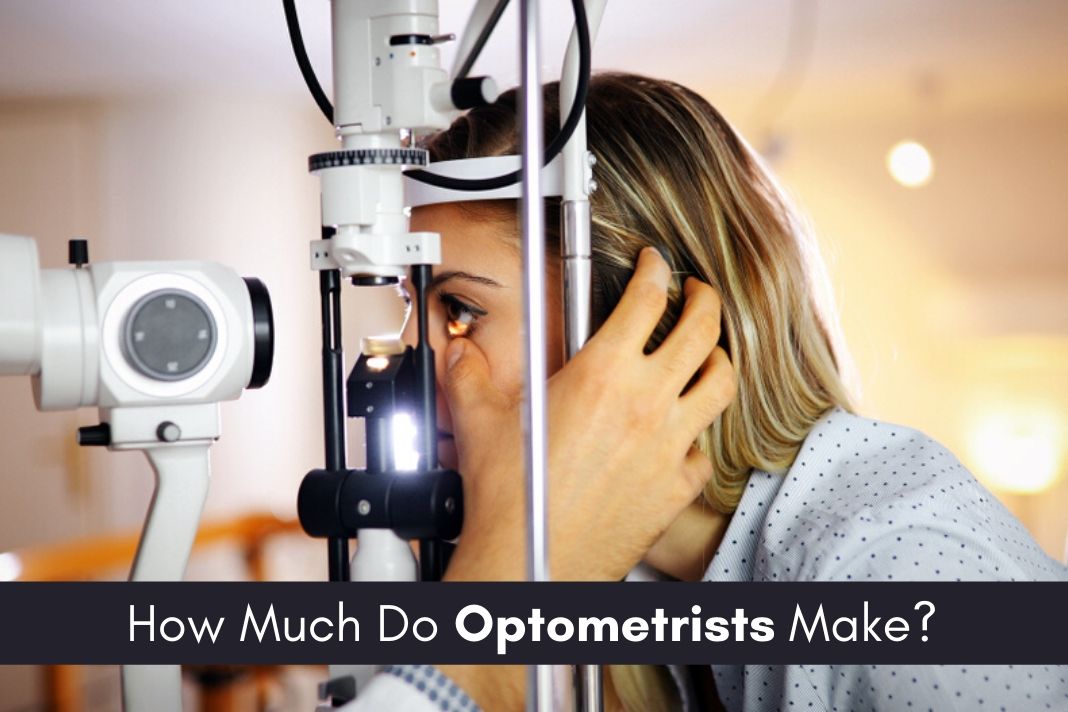 As an optometrist, you can provide a vital service for those in the community, especially older adults. Optometrists diagnose eye issues, prescribe glasses, and handle an array of issues related to the health of their patients’ eyes.

Working as an optometrist can be both, well paid as well as gratifying. Many optometrists own their own private shops and build an ever-growing network of patients through it.

What Are the Job Duties of an Optometrist?

When someone starts having vision problems, they see an optometrist for primary vision care. Optometrists perform regular vision tests and checks, examine other parts of the visual system, and diagnose and treat minor eye diseases, problems, and injuries.

If required, the optometrist prescribes contact lenses or glasses, finding the right fit and vision correction level for each individual. They also do necessary surgical procedures, offer pre- and posto.

What Factors Determine an Optometrist’s Salary?

The average pay of an optometrist is going to be high regardless of the environment or industry. But some differences in specific wages may give you an idea of the sort of location you may want to work optometry in.

How Much Do Optometrists Make

The BLS found that in 2019, 37,220 working optometrists in the United States made a mean annual wage of $115,250. This was calculated by hypothesizing the mean hourly pay of optometrists, which was $55.41.

Those in the tenth percentile, often those just starting their optometry career, make an hourly wage of $27.65, which translates to $57,530 per year. Those in the 25th percentile earn $41.49 per hour or $86,270 per year. The least-paid optometrists still make good above the average when it comes to compensation in the U.S.

These estimates can all differ based on who is reporting it and when the research was done. Job search portal ZipRecruiter, for instance, estimated as of September 2019, the average yearly salary for an optometrist is $120,442.

There’s no set minimum salary for the pre-registration year in community practice, but most employers pay at least the NLW (National Living Wage) (if you’re twenty-five or over) or the NMW (National Minimum Wage) (if you’re under twenty-five). Most employers in community practice pay additional expenses such as Scheme for Registration fees and course costs.

Initial salaries for newly qualified optometrists are typically around £25,000, depending on your location and employer.

With experience, you can make from around £28,000 to more than £65,000. Earnings for partners, company directors,  and sole practitioners depend on business performance.

The BLS has predicted optometrist employment will increase by ten percent through 2028. This is rapid than the average job growth for other professions.

The main reason there is optimism with regards to job growth in the sphere of optometry is that an older population is likely to require more medical attention. This includes not just regular vision care inherent to dwindling eyesight in the elderly, but also more complex visual disorders that can stem from other diseases and disorders that commonly afflict many older Americans.

Recommended Articles:
How much Medical Assistants Really Make
How Much Can You Really Earn as a Neurosurgeon