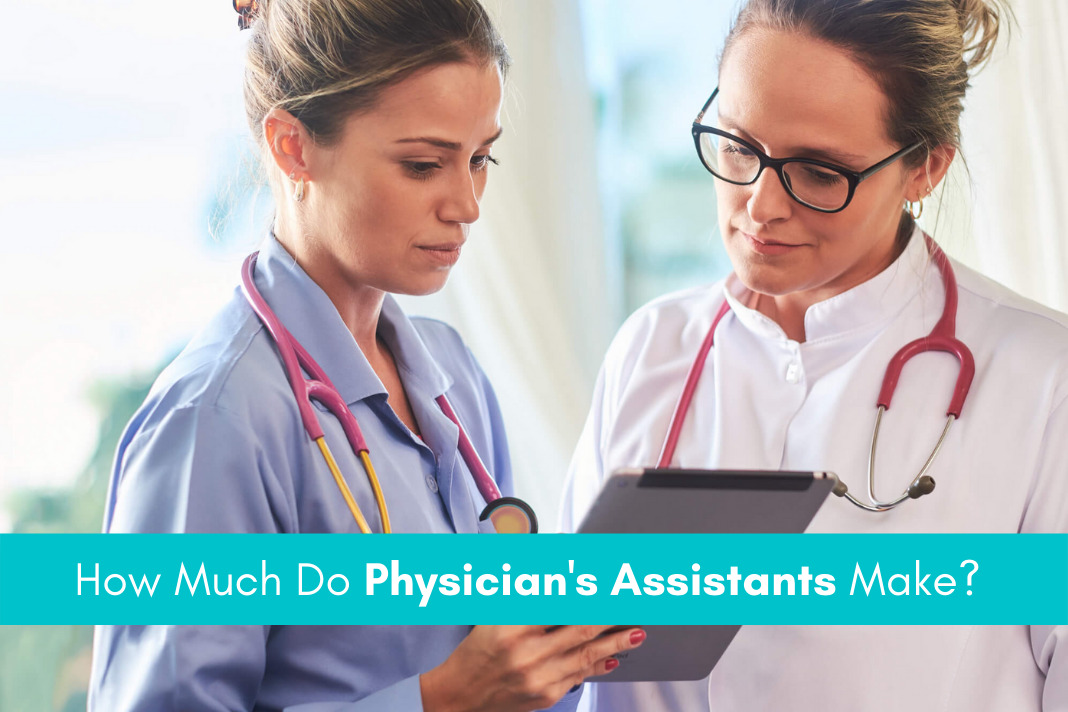 If you are aspiring for a career in medicine but do not want to go through 8 or more years of college, a job as a physician assistant may be a perfect fit. This profession offers decent pay, sufficient interaction with patients, and suitable employment prospects after college.

Physician’s assistants provide primary medical care in a variety of clinical specialties. Although they are only permitted to practice under the guidance of a doctor, they are trained to order tests, take medical histories,  treat illnesses, arrive at diagnoses, and even prescribe medications as required. Their training includes a pre-med degree similar to the ones physicians earn, followed by a specialized master’s degree. Depending on their specialty, experienced Physician’s assistants can make 6-figure incomes.

As of 2019, over 2.52 percent of PAs were employed in Physician’s offices, 0.53 percent worked in hospitals, and nearly 1.00 percent were working in outpatient care centers. PAs take up many of the same duties as doctors. They can interpret and order diagnostic testing, write prescriptions, and provide primary forms of non-surgical treatment. However, because they are not licensed doctors, they must be supervised by physicians. The extent of physician supervision needed for Physician’s assistants varies from state to state. In some under-served areas, PAs may act as independent primary care providers for days on end.

Steps to Become a Physicians Assistant

Things You Need to Know Before You Become a Physician Assistant

A career as a PA typically requires a master’s degree. Basically, candidates for PA positions usually have experience as a paramedic, nurse, or other medical workers and a bachelor’s degree in a health-related field. For those with education and experience, a master’s program to prepare for a career as a Physician’s assistant generally takes two years to complete. Some physician assistants specialize in a specific field of medicine, which requires additional education. All states require physician assistants to become licensed by passing an exam offered by the NCCPA  and should pass a relicensing exam every 6 years.

How Much Do Physician’s Assistants Make

The BLS reports an average income of $112,410 per annum for physician assistants in its May 2019 OES (Occupational Employment Statistics). Broken out by percentile, the lowest-earning 25 percent reported incomes of up to $92,800 per annum. The mid-point or median was $112,260 per year, and the top 25 percent earned $130,530 or more. The bureau’s statistics showed Scientific Research and Development Services as the top-paying employer, at an average of $125,410 per annum. Connecticut topped the list with the highest average wage for PAs, at $137,060 per year, while California was the lowest at $127,520.

A salary survey by consulting firm Integrated Healthcare Strategies reported on Physician’s assistants’ incomes in greater detail. It reported an average base pay of $92,275 for PAs, with additional benefits increasing that amount to an average of $98,594 in final remuneration. This was approximately $1,000 per annum higher than the final for nurse practitioners who perform the same duties. The web portal ClinicalAdvisor.com surveyed 9,000 nurse practitioners and PAs. It found that average PA pay in the 5 largest areas of practice ranged from a low of $89,044 to a high of $125,000.

The area of practice was a crucial variable in physician assistants’ incomes. ClinicalAdvisor.com reported an average of  $100,265 per year in orthopedic medicine, $89,044 in family medicine, and  $107,904 in emergency medicine. The IHS (Information Handling Services) study gave slightly different figures, reflecting total remuneration rather than base pay. Its average for emergency medicine was $103,127, while family practice averaged $94,577 per year, and orthopedic medicine averaged $100,348 per annum. ClinicalAdvisor.com reported salaries averaging $84,944 for physician assistants with 5 years’ experience or less, rising to $90,693 for sixteen to twenty years.

According to the BLS, PAs made an average of $112,410 per year in 2019. While not nearly as lucrative as that earned by doctors, this rate of income is nearly 3 times the average American worker’s income By state, average PA pay ranged from a high of $65.90 per hour in Connecticut to a low of $49.28 in West Virginia. According to a salary survey conducted by industry website ADVANCE, Physician’s assistants in suburban areas tended to make the most, $95,818, as compared to an average of $94,987 among urban practitioners and $92,353 among rural Physician’s assistants.

The BLS  estimates the job outlook for PAs between 2010 and 2020 is outstanding. The number of positions for Physician’s assistants is expected to grow by thirty percent, more than two times the average rate of growth estimated for all U.S. occupations. Much of this growth is attributed to the need for cost-cutting in health care because Physician’s assistants are paid considerably less than most doctors. Career prospects should be best in rural areas.