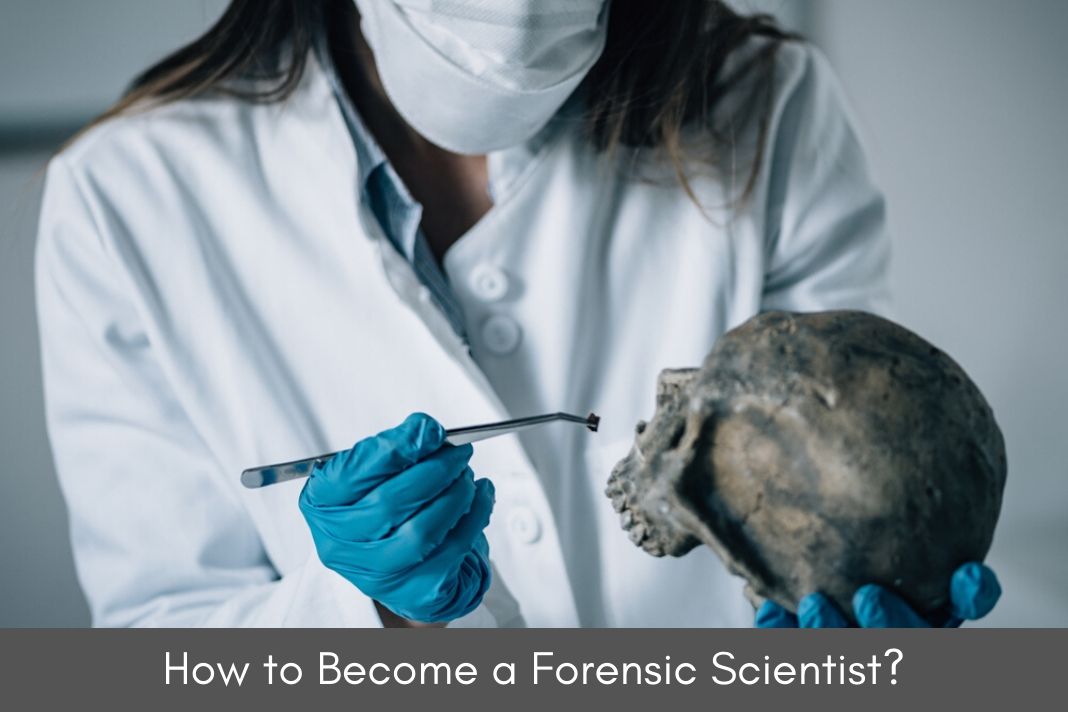 If you are an avid crime scene movie watcher, you will know that the evidence, such as fingerprints, nail, blood, hair, weapon, etc. are collected in a packet and sent to forensic experts to identify which of the clues are relevant with the case. If you think their job is as simple as that, then no.

A forensic expert or forensic scientist can change the dynamics of crime investigation with his/her report. Therefore, he must be accurate, meticulous, practical, methodological, knowledgeable, unbiased, and cognitive in his performance. He must additionally possess the ability to write clear and concise reports after examination and analysis.

It is a very promising and high-paying job. The employment rate for forensic experts is perceived to grow by 14% in the next decade. However, it is quite a competitive field, being a minimal occupation.

If you think you have the skills and the interest to become a forensic scientist, then this blog is for you. The blog will cover a forensic science degree, education requirements, salary, and job description.

Forensic scientists help the crime investigators by retrieving and collecting evidence and analyzing them for the case. As a forensic scientist, you will work in laboratories as well on the crime scene. Your typical job duty will include:

There are different types of forensic scientists in the crime investigation world, namely:

Generalist Forensic Scientists: They are also called as crime scene investigators or criminalist. They investigate the crime scene and collect evidence.

Forensic Chemists or Biologists: They work in laboratories and use chemicals and microscopes to examine the evidence.

Since these technicians have to work under all types of circumstances, including poor weather, late hours, and extremely remote locations, forensic scientist career is quite well-paying and scaling. The reason for high pay could also be because of the importance of expertise in the judicial system.

How to Become a Forensic Scientist

The report forensic scientists create is read by lawyers, doctors, investigators, police, detectives, and other law enforcement officials. You will work with local government, state government, testing labs, and medical and diagnostic centers.

You may also obtain a UG or associate degree in natural science, get a job in the police department, and then pursue a master’s degree in forensic science.

If you wish to work with the police department, then you may have to meet the educational requirements needed for gaining admittance in the police academy.

You have the option to specialize in a variety of areas, such as digital forensics, toxicology, ballistics, DNA analysis, latent prints, blood pattern analysis, and more. There are higher degrees as well, such as forensic psychologists and medical examiner. Before you take up a master’s degree in forensic science, you have to narrow down your specialty so that you can take elective courses that will help you pursue the stream.

There are two types of training: The first one is an in-depth training or residency to practice the profession if you are planning to choose an advanced degree. For example, you must earn a degree in dentistry to practice as a forensic odonatologist. In such a case, you must complete several years of training before practicing the profession. Then there is on-the-job training that allows you to explore the career through hand-on practice and training provided by the employer. It is similar to an internship.

Depending upon the state or jurisdiction in which you reside, you may also be asked to earn a specialty certification to pursue your profession officially. While the certification is not mandatory, they may open doors to more significant job opportunities. Standard forensic science certification courses are drug analysis, molecular biology, paints and polymers, hairs and fibers, and fire and debris analysis.

The American Board of Criminalistics, the American College of Forensic Examiners Institute, and the International Association for Identification are few certification providers for forensic science graduates.