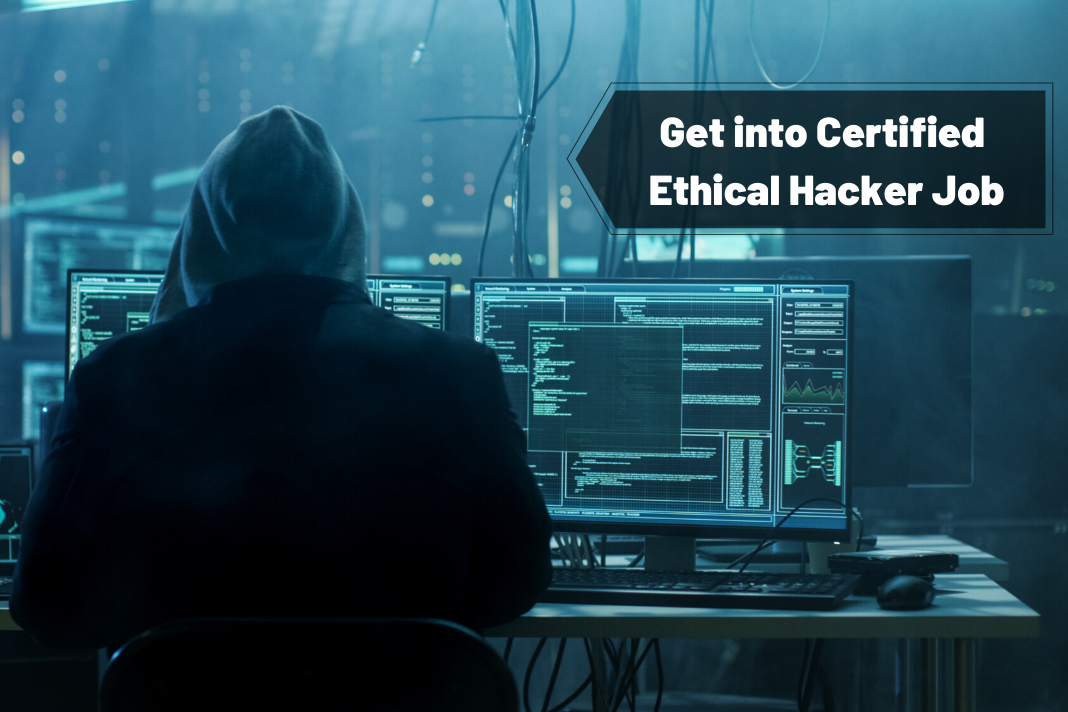 Now, before you begin preparation, let us tell you that cybersecurity is an umbrella term, and there are different kinds of hacking professions under it. They include White Hat, Black Hat, Grey Hat, Script Kiddie, and Hacktivist. You cannot confuse or interchange one with another because they vastly differ from each other.

What is Ethical Hacking?

We have understood that there are different types of hacking in cybersecurity. Let us explain each in brief so that you understand the terminology ‘white hat hacker’ better.

As an ethical hacker, you will obtain permission from your client company, gain access to their networking and computer system, and identify weaknesses and vulnerabilities to help the firm troubleshoot them.

While white-hat hackers and black hat hackers do the same work, ethical hackers are granted an official permit to enter the systems legitimately and rightfully.

The principal responsibility of an ethical hacker is to find systems’ weaknesses and provide solutions to fix them. Sometimes the answer is provided by another team of technicians, such as computer programmers, data analysts, and so on.

You can be an ethical hacker without prior experience in cybersecurity. As we said, a background in computer programming and information technology is enough to pursue a career. However, it is always better to get into this line of the profession at an infancy level, rather than deciding to change your field suddenly.

What You Should Do to Qualify for Certification

You have to start from the very beginning because unlike what we see in movies, not everyone with computer skills can crack a fully functioning networking system. Therefore, to obtain an A+ Ethical Hacking Certification, do the following:

Coding and writing programs will also help you find errors in applications quickly and efficiently. By using your knowledge and experience in programming, you can even customize/ modify existing source code to suit your prerequisites without worrying about writing everything from scratch.

Furthermore, if you don’t learn a programming language, you won’t be any different from a script kiddie.

And let us also tell you that certified ethical hackers’ salary is much higher than what script kiddies get.

What Programming Languages Should You Learn?

This depends upon your interest in the particular platform. For instance, if you are a desktop savvy, you can learn Java, C++, and C#, and if you are interested in web applications, then you can study HTML, ASP, JSP, and PHP. Learn Java, Swift, and C# for mobile apps.

Other programming languages that will significantly benefit you in your ethical hacking career include:

How to Become a Certified White Hat Hacker

A certification in ethical hacking will help you secure better jobs and a higher salary, even without sufficient industry experience.

The best certification course for a white hat hacking job is CEH (Certified Ethical Hacker). A CEH Certified technician can earn around $88000 per annum.

Other certification courses include:

You have to clear the CEH multiple-choice examination (240 minutes, 125 questions) to receive the certification. The examination assesses the candidate’s knowledge of penetration testing tools and structure and other basics of attacking hacking and social engineering.

To clear the CEH examination, you must attend the official CEH training approved by the EC-Council. The training is available in multiple formats – live online training, classroom training, or computer-based classes.

The passing score for the CEH certification is 70%. You can apply for the exam on ECC Exam Center or your respective state’s cybersecurity certification training website.