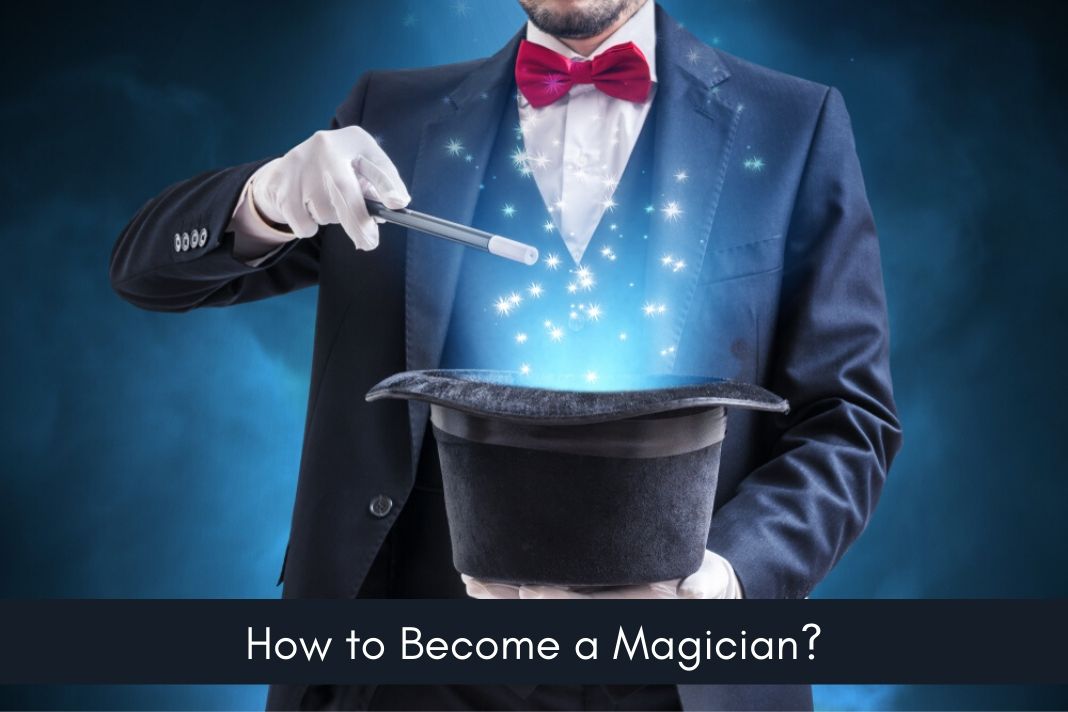 The first thing you have to know about being a specialized magician is that, above all, you are a performer. It does not matter what level of tricks and skills you can lead if you are unable to put on an amazing show and be a performer that individuals might enjoy to see, repeatedly. There are a few steps that one needs to pursue. Organize your tricks into a routine such as deep observations, practice, and performing acting. But clearly certain natural but knowledgeable talents such as hypnotism and charm need to be developed to become a good magician

After knowing the ambiguities of such magic tricks one should practice them on a daily basis, till the time one develops such skilled practices into such tricks. The more you practice at the back end, more effortlessly you can produce an atmosphere of delusion at the front end.

Magicians are continuously interacting with the audience. Magicians work at a specific location, keep regular engagements and gigs, or work on a contract. Magicians function at special engagements and events for entertainment purposes. The more depth and breadth that they have to their tricks, the more likely they are to get different engagements. Magicians must be able to entertain any age group, from kids to elder people.

Magicians normally perform visual illusions and tricks that they get from their experience and training. Those magicians with actually striking tricks and who could connect with their spectators are the ones who get full-time work on salary basis.

It can be helpful for a magician to do magic on character and individuals skills as much as the real magic tricks to create the perfect act. Magicians work with numerous different kinds of materials. A single performance can contain illusion boxes, cards, chairs, magnets, scarves, balls, swords, and additional props.

A magician may even perform hypnosis on viewers or escape from ropes, handcuffs, or chains. They might take help of the audience to remove personal valuables, like the jewelry, wallets, without the knowledge of participants.

Magicians might work on their individual career or on an agreement basis, and in such cases they must be able to cope with their individual business as well. A successful magic show might organize elements of comedy and storytelling with suspense and drama. It’s essential to keep up with different practices and skills to be an expert in this profession. With some training, you could become a great magician and amaze the public with your special magic skills.

[Also Read: How to Become an Astrologer?]

There are no official educational requirements for becoming a magician. Individuals normally do not take high school or college subjects to learn magic, though courses in public speaking and acting could assist a magician develop to be extra successful. Business classes would assist ambitious magicians learn the essentials of running as a professional. A few magic stores and magic clubs might provide basic classes on performance methods.

Those who wish to become magicians must get experience by learning as many magic tricks as they are able to and emerging an act with a commencement, central, and at the conclusion.

Magic is a show art, and compared to other professions, becoming one is not easy. Not only is it a big responsibility, but it also requires hard work, respect and most of all patience. In case the economy is strong, there would be a better demand for performers as individuals might have larger disposable revenue to spend on entertainment. Magicians generally perform indoors in magic clubs, small theaters, homes, and schools.

They arrive at a performance site several hours early to set up props and place any hidden objects. Because magicians must compete with a growing number of entertainment options, employment in this field is likely to grow about as fast as the average. Jobs in the business arena should continue through the next decade and create some well-paying opportunities for those with the skills and versatility to entertain business people.

The vast majority of magicians work on nights and weekends while still having full and part time jobs. Magician’s salary totally differs depending on their status and spectators, from $60 for performing at a Christmas party to $1000 dollars for acting at a business meeting or large magic show.

The U.S. Department of Labor reports that average annual salaries for full-time magicians and performers was $29,650 in June 2019. Salaries fluctuated from less than $17,251 to $65,650 or more. Performers and Entertainers who were working at amusement arcades and parks earned annual salaries of $53,231. The most famous and successful magicians might work regularly on television programs and stage and earn $109,000 or more.(1)

You will not become a magician in one day. It needs lots of dedication and practice. In order to positively practice magic, one should watch, read, and try. Finally, you have to practice your tricks on a daily basis and grow after you work on every trick in front of crowds.