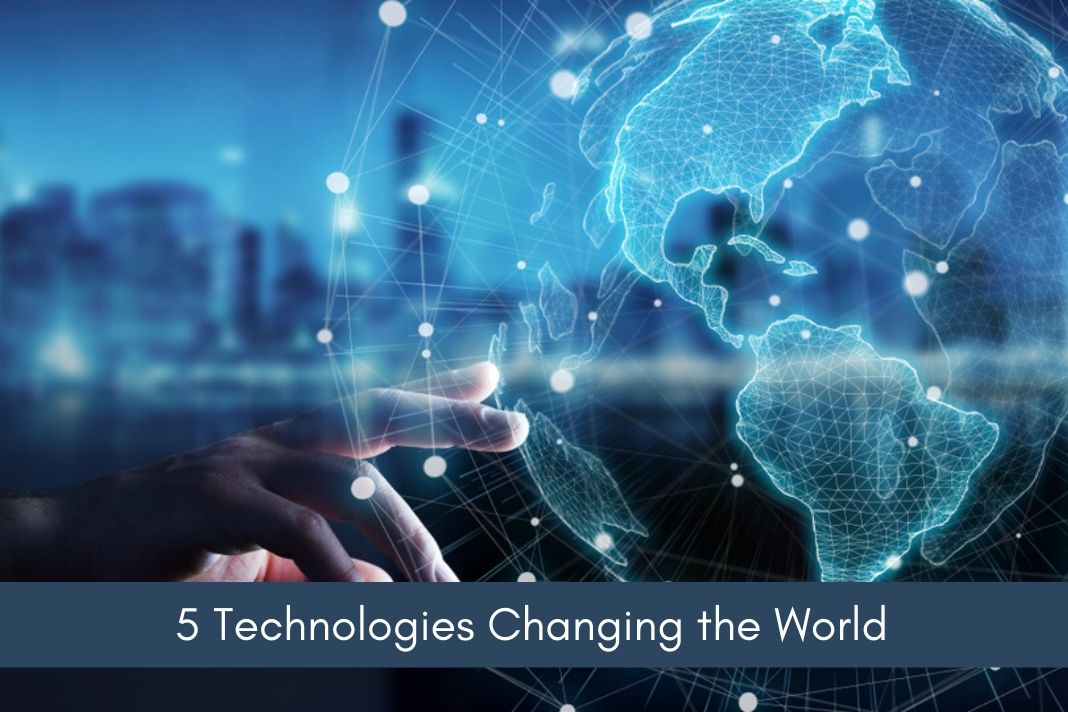 Fiction writers in the late 1900s predicted an optimistic, futuristic society where we’d have spires for buildings, suspended commute tubes, flying cars, and self-lacing shoes. Various TV shows presented an awe-inspiring health technology where nanobots would automatically rebuild the body’s deficiencies or reconstruct organs. The fiction writers of the early 2000s presented a more pessimistic and dystopian society where we’d still have them, but only for the Orwellian Big-Brother-controlled population.

Thankfully, we aren’t in the Orwellian universe yet, and unfortunately, we aren’t in the futuristic utopia either. What we do have is some amazingly advanced technology that the first decade of the 21st century could not have comprehended. So here are some technologies that are changing the world as we know it

Voice assistants and text-to-speech were always envisioned, but they still fell short in understanding people’s diction and the intention behind the words. Today, voice assistants have become so much better. Their functionality ranges from opening and operating applications within the system to providing accurate results on the web.

Microsoft, Amazon, and Google are doubling down with heavy investments into interactive technologies, including voice assistants that we can expect to yield great fruits soon. With an increase in the application of AI/ML, these bots are becoming smarter. They are learning by processing the vast volume of data available and the huge data processing skills that are being developed.

Clustered Regularly Interspaced Short Palindromic Repeats, or as it is commonly abbreviated into CRISP Cas-9, is a bio-engineering miracle that has amazing applications right now, let alone the miracles it can perform in the future. Thanks to CRISPR, we have a chance to eliminate any unwanted genetic mutation that leads to incurable genetic diseases.

CRISPR Cas-9 is a gene-splicing technology that is capable of identifying and modifying mutated strands in the DNA. This technology has already been used to treat cancer in some patients and shows promise in treating genetic blindness in others.

Short for Augmented Reality, Virtual Reality, and Mixed Reality, this technology has the capability to change the way we interact with technology around us. In fact, reports suggest that AR and VR might become more commonplace as companies incorporate them in their products.

Apple is notably investing vast sums of money into developing AR and VR. The use of this technology is so commonplace today that several games on mobile platforms use AR technology to provide a better experience to the users. One great example of this is Pokémon Go. It created a sensation when it was released. The use of AR and VR will only become more commonplace and increasingly prevalent

When bitcoin was released in the first decade of the 21st century, it practically had no value. The same bitcoin, in 2017, touched a record high of $19000. In the beginning, few businesses were willing to accept bitcoin as payment.

That few became a few, and now a lot of businesses are willing to accept bitcoin as a payment method. Even though people have accepted the volatility of bitcoin, it didn’t stop them from using bitcoin because it was safer than traditional currency.

Bitcoin can be tracked in a ledger, which means no black money can be generated through bitcoin. Although the value of bitcoin has fallen since that high, it is still worth several thousands of dollars. A lot of platforms today are cashing in on the number of users who are interested in trading in cryptocurrency. In fact, riding on the back of the craze for bitcoin, several other cryptocurrencies have popped up. Many of them have taken off with a high valuation while yet others are in a nascent stage.

Artificial intelligence is the next wonder in the world. Its uses are widespread. Using this, we can create sentient applications and robots that can do all the things that humans can. AI is used across all industries to improve customer experience.

From chatbots to data for understanding customer intentions, AI can be used in all industries. It is also scheduled to eliminate all transactional jobs that become menial or repetitive. AI also has the power to replace hazardous jobs that put human lives at risk. For that reason, AI could cause significant unemployment while giving rise to other better jobs.

Today, we have the right ideas. We can visualize what the future could look like. We have the resources to map out a tentative path towards that. While most technologies are in their nascent stage, they show immense promise for helping the world become a better place. It is left to see the full impact they will have on humankind – whether we can chart out a utopian world as 1900s fiction writers prophesized or a dystopian universe that the 2000s writers foresaw.