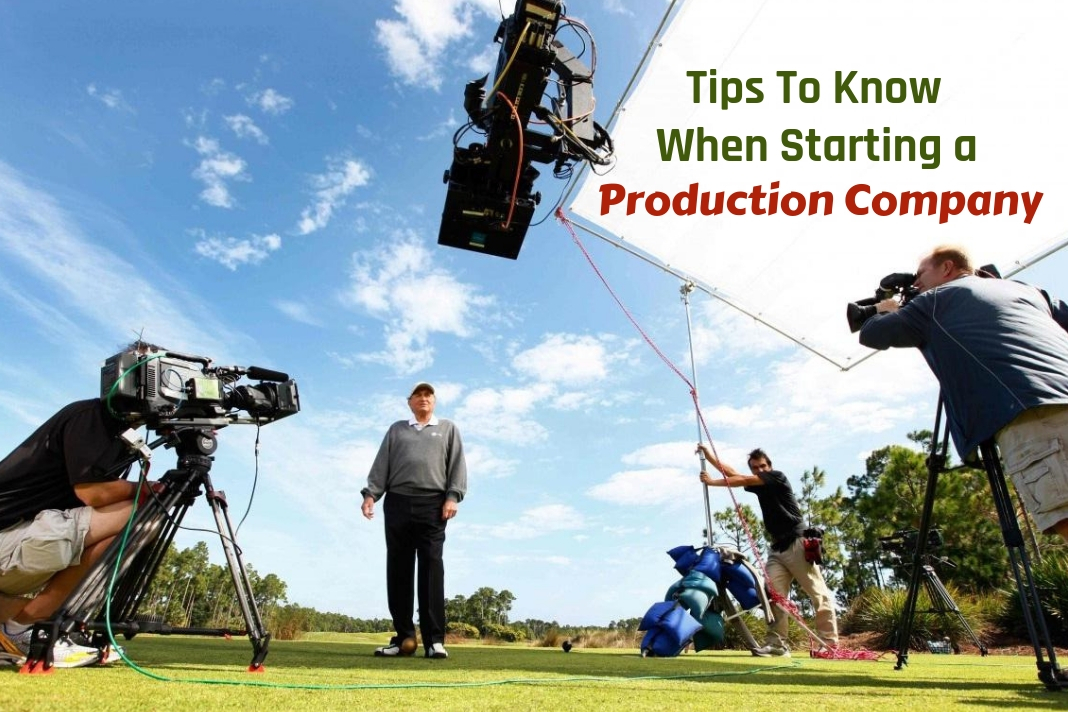 Film making industry is one of the booming industries, which has definitely seen a major rise in filmmakers, music-directors, cinematographers and of course, actors.

Film making can be both an enthralling craft and a rewarding business. And although, a lot of people enter into this film industry with different aspirations, very few consider starting their own production company and even lesser numbers become successful at that.

But that doesn’t mean you cannot be a lucrative film producer; you just need to keep a check on several things. If you are serious about it, then go through this post for we have highlighted few essential tips you should know when starting a production company.

An Essential Guide to Becoming a Film Producer

Starting a production company may not be easy and there is no single path for it. However, you will have to read more, research more and seek the help of established industry professional, before you actually start to consider.

So, let’s get started…

Although, it may seem the hardest part of the entire process of starting a production company, it doesn’t have to be that way at all. You should first set your priorities, your long-term and short term goals and your business’ value propositions.

You should know what exactly you want out of your production company, whether commercial ads, films, industrial or others?

It is the first thing you should be thinking about, and remember the earlier, the better. You have to identify your strengths in each sector and see how you can put up your production company around your strengths.

This will be your foundation and so, you have to make sure all of this is in place before you take the leap.

Officially Register Your Business as a Legal Business Entity

Don’t think about the size of the films you are going to be producing. Even if it is just a 20 minutes short film, we suggest you to register your business first. Registering a business basically means naming your company, taking your taxes in to consideration and having a legal entity to back you up.

A simple Google search will do to find out if a chosen name is already taken as production company name or not.

You have to further establish yourself as a legal entity, which basically means having a bank account under your company’s name, building a website for the company and having a separate business address and contact number.

When establishing a business website, ensure it commences with the company name and has an official .com domain name.

Moving forward, once the above is taken care of, create profiles or pages on various social media platforms, such as Facebook page, Twitter handle, Instagram account and so on. You can also have a YouTube channel created for trailers, teasers ad behind the scenes actions.

All these are essential for ensuring that you have done an elaborate ground work to navigate risks and setbacks.

A comprehensive and well-researched business plan is very important when you are going to be investing a lot of funds and dealing with VIPs of the industry. This will give you a better idea of how the film, i.e. the finished product would look like.

Your business plan should be realistic and at the same time futuristic, and should include the following:

Film business plans are not established in a day or a week. In fact if the film is huge and the budget is big, the planning can take 2 – 6 months as well. Look for different sources to gather information and seek more than one business plans to come to a decision. Remember to seek advices from the veterans and the established.

Research and brainstorming are two essentials required to create a successful business plan.Apart from it,two of the major parts of film business plan are the Distribution and Promotion.

Budgeting the Film should cover everything, from pre to post production. You may have to include marketing and submission budgets as well if your goal is to submit your film to different film festivals across the world.

There are other credible things you should know about your business plan for starting a film production company – This is all about expanding your knowledge.

You cannot spend money from your bank account when it comes to movies and films. Unlike other business, filmmaking is both lucrative and risky. So, it is always better to outsource funds to get your production kick-started.

Once your business plan is set, it is time for you to raise money, enough to get your production rolling. Unlike a decade or two earlier, when the movie industry wasn’t considered a great business area, today there are more than many effective ways to raise funds for film productions. We have listed few ways you can do this without having to beg:

Stick to your budget no matter how tempting it looks to expand.  And, build relationship with every investor you meet (whether they pay or not, it doesn’t matter). This will help you to establish and maintain your trustworthiness for years.

A Reliable, Productive and Efficient Film making Team to Support You

Everything in filmmaking, which is a highly lucrative commercial art business, is important. Even the costumes to props play an important role. Therefore, picking out the right film production team can take your company and your film a long way.

However, this part really involves critical thinking and a lot of gut instincts, much over sorting resumes and biographies.

As a beginner, you wouldn’t require too many executives, for a film production company can start off with four essential executives and later increase the number as per workload and budget plan.

Apart from this, you should also be aware of the different roles and responsibilities of production team for better management.

Ask any film producer and he will say success of a film heavily relies on its distribution strategy; it is the core of the filmmaking business as it pays the production team for their hard work.

You have to be clear about your ultimate goals and hire a great publicist who can help you promote your film by staying focused on the critics, social media and press.

Few important pointers to tick for distribution strategy include:

You can also self-distribute your film and internationally sell your film through social profiles and presence.

The biggest part of this industry is networking and establishing relationships. Online presence is must to maximise visibility. Having said this, you also cannot talk a lot about project and company. Go one step at a time and start with everything small and in proportion.

Was this information helpful? Let us know in the comments below.