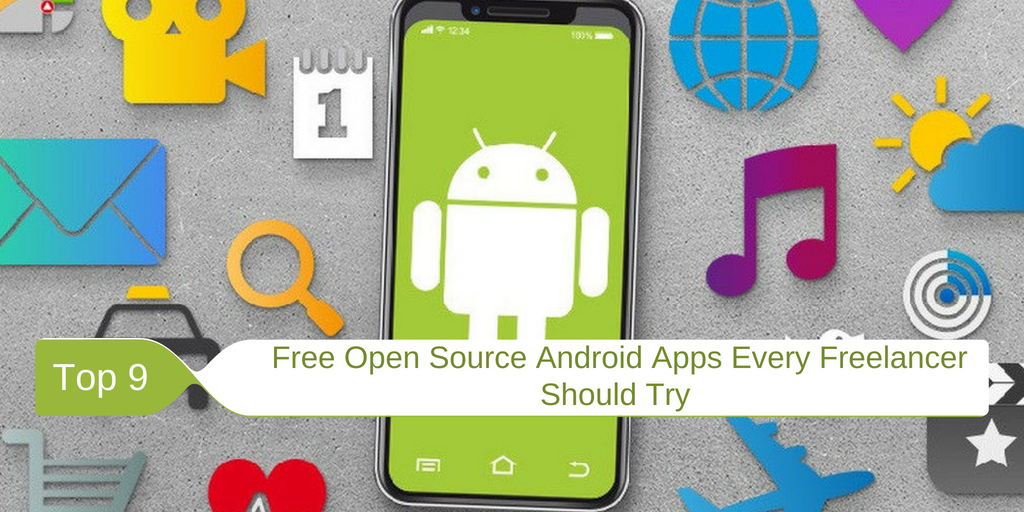 Do you know why Android flourished so quickly in spite of super competitions, such as iOS? Well, because it is an Open Source Operating System. Of course, being powered by Google is also another reason is for its quicker popularity. If Android, the world’s most demanding and loving OS was branded,every other commoner would not be holding a smart phone today. In fact Android supports things which even the effervescent Google shut down in 2016.

Although certain components of Android are branded for the improvement of user experience, productivity and functionality, its base, the Linux Kernel however puts the OS in the Open Source Software category. There are several custom Android ROMs developed by third-parties, such as MIUI Xiaomi, Paranoid Android, LineageOS that you can install on compatible smartphones and tablets (after root access).

Additionally, there are millions of Apps and Games freelancers can use to complement their mobile app projects. However, we have listed the best of android apps for the year 2018 that every freelancer should try and use.

Firefox web browser is the best open source android app for Windows and hence, Mozilla took the first opportunity and made the best Firefox for android users.

The latest release, Firefox 54 is absolutely a user’s delight; the open source browser brings multi-process, up to four content processes, to the masses so as to enhance end user performance and responsiveness.

Are you an incredible fan of the Tor Browser? Well, if yes, then Orbot is the android version of it and we are sure that it won’t take much time for you to fall in love with Orbot too. Orbot was launched in the 2008 and was developed by The Tor Project. And, like Tor, it also works as an anonymous cover for your android devices.

Using Orbot, you have to enable a Tor proxy, and once you do so, it would suggest you an app called Orfox, an open source web browser which generates its source code from Tor. You can connect Orbot apps of your device to the web browser using Tor through an App VPN Mode.

However, if you want Orbot to show its full potential, you need a rooted device.

VLC is a Windows OS open source media player, default on almost all computers. Although, MX player of Android has overtaken it, VLC is still loved and missed by many of us. Even today, it is the most popular computer media player.

This Free Open Source Android App can play all types and formats of videos that the desktop version does. In fact, it is better than MX Player when it comes to audio support. Due to licensing issues, AC3 Audios cannot be played in MX Player.

If you are looking for great end – to – end encryptions for instant messages and voice calls, go ahead with Signal. This app was first launched in the year 2014 by Open Whisper System. Signal is also available for iOS devices.

The USP of the app is the Signal Protocol, which was cleverly developed in 2013 by founders of Open Whisper System, Trevor Perrin and Moxie Marlinspike.

If you didn’t know this protocol not only enables end – to – end encryption in the Signal app, but it is also widely used in other popular apps like WhatsApp, Google Allo and Messenger.

Who doesn’t like Wikipedia? Its free, provides facts and information about anything and everything and offers content in almost all languages. Wikimedia Foundation has developed Wikipedia’s first open source app for Android. However, Kiwix is another app that makes Wikipedia accessible offline.

Developed by EmmanuelEngelhart and Renaud Gaudin, in the year 2007, Kiwix focused on offering contents offline from Wikipedia alone. However, as it progressed over the years, it started to include facts and content from other platforms supported by the Wikimedia Foundation.

What Kiwix does is download the Wikipedia content in your device in a compressed ZIM format once for all. If you wish, you can download the ZIM file from their PC website as well and then copy it to an android device.

You can also use the App for your iOS, Windows, MacOS, Linux projects as well as use it as Chrome and Firefox web extension.

Speed Meter is one of the best apps for the freelance fitness trainers and physiotherapists. This app is similar to that of Nokia’s Here Maps, which expertly tracks a person’s speed while walking, running, travelling or swimming in real time.

You can use this app while training your clients. Although, Google Maps is capable of measuring speed, it doesn’t give out such information quickly.

Missing your device? Use this Free open source Android App to track it down. Using a web interface, the registered devices can be tracked easily when they get lost.

Some of the prominent features by Prey, apart from finding lost devices include retrieve files, track device location, take screenshot of person remotely, erase data etc. However, to fetch the latest information, we would need an active internet connection on the phone.

We have both Free and Premium versions of the App. The free version allows us to track only one or two device at a time.

Amaze is one of the very few open source file manager apps that come with great features such as elegant look, sophisticated material design and root explorer.

However, it uses other apps like Google photos or VLC to open media files. Although, this app is not by far an excellent product, it can be improved with additional tweaks and twirls.

A team of Scientists from CERN back in 2013 developed this amazing app. Presenting ProtonMail, a popular email service app that offers finest end-to-end encryption for emails.