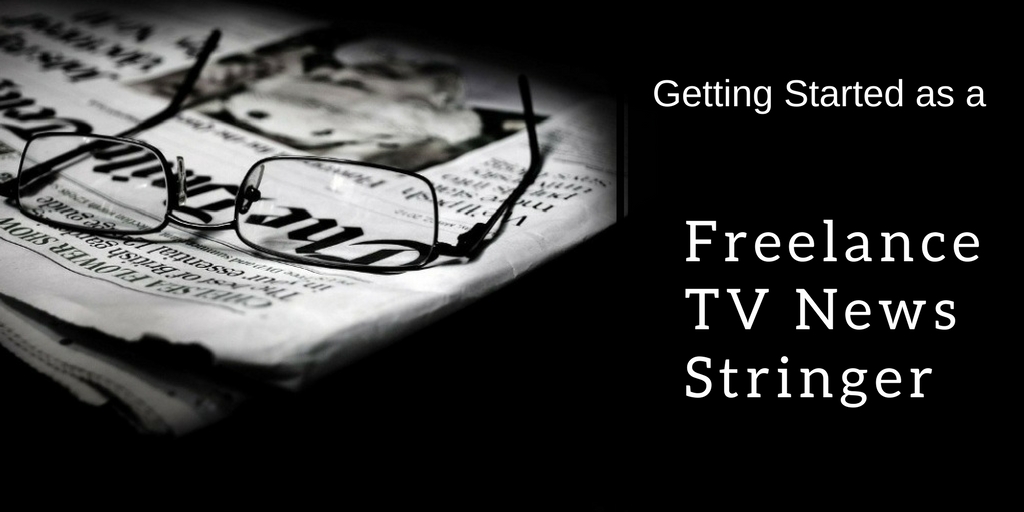 TV News Stringer is one of the most interesting job profiles in the media industry. It could be a part-time, full time or as a freelance career. A stringer is a type of freelance journalist, photographer or videographer who supplies news reports, exclusive photos, videos and flash news to organizations on a regular basis. Depending upon the quality, quantity, type, and authenticity of the contribution, the stringer would be paid individually for each published work.

The term Stringer is typically an industry jargon for news. However, in print and broadcasting media,  News stringers are referred to as correspondents or contributors. Most of the time stringers don’t get any public recognition for their contribution unless the news or pic or video goes extremely viral and people hunt you down.

As a freelance stringer, you won’t receive a monthly paycheck. It is voluntary work so the amount and type of work are not always the same. However, you can get associated with one or more news channels or organizations and make a deal to provide regular content on particular topics or locations or even people.

How to Become a Freelance TV News Stringer?

Wondering how to become one? Well, here are some tips that will lead you to your goal.

The first step should be to find out who your point of contact would be. As in call your local television channels and find out from whom they source out their stringer footages.

If the market is small, stringers directly sell stories or content to the TV stations but if the market is huge then big agencies supply footages to the stations. If you are probing the bigger market gets associated with such agencies.

For a News Stringer, the only equipment he would require is a great quality camera. Get yourself a super dynamic Electronic News Gathering equipment set. As a stringer Journalism journalist, your work would involve going to places, at times even uninvited, stealthily and shoot videos and interviews. Some of them would be viral content.

So for perfection, you have to choose a camera that has a long lens or extender so you can get good images and videos even from a distance.

Moreover, you will be continuously on the move and would be doing a lot of handheld shootings and interviews; so make sure you choose a camera that can be mounted on your shoulder for stability.

Also, ensure that your camera accepts external microphones as you would need a good quality mic for interviews. However, today smartphones and few apps have made the work of stringers a lot easier.

Be Stealthy And Smart – Stringer Course

A great stringer gets not one but too many perfect shots under the hood. You will have to master the skill of being discreet all the time. The best way to be inconspicuous is by wearing ordinary clothes, being casual and traveling in non-descriptive vehicles.

You will most likely get caught while shooting a crime scene if you go in a flashy car and wear anything but simple. Discretion in journalism is wealth. You have to definitely possess the art.

Know What Sells And What Doesn’t

Since you are going to be a freelance news stringer, you may not be aware of what is brought and what is sold in the industry. You have to keep a tab on the trending news and see which gets the most likes and popularity.

Do we hope you have got the hook point? Unanticipated news involving political parties also gets a thumbs-up.

When you cover people at their most unexpected situations like scandals and drama that’s when you rise as a stringer. It’s an honest truth. Post an article about Meghan and Harry getting married and another one about a celebrity sex racquet scandal and wait to see which one gets the highest views. Simple as that; Nasty world we are in, aren’t we?

Overcome the sorry and guilt emotion. You have to barge into privacy or private affairs to get the answers. That’s your job, unfortunately. When you interview witnesses and victims, don’t forget the basics – who, when, where, how, what, and why questions.

Make sure your interview subject spells their name on camera for proof. Make sure you record their permission for airing the content. Sometimes, especially in the case of celebrities, you have to sell stuff that is rated ‘beyond permission’. Those contents are notoriously viral ones. You will be pleasantly commissioned for such shots.

Tell A Story Through Your Camera

Get clear audios and video clippings. Even if you manage some shots make sure those pics tell something and not just face and limbs. Your efforts will pay you millions. If need be to climb a tree and crouch under the bullock cart, you have to do all possible stunts to get the ultimate story coverage.

Your camera and your eyes are your biggest weapons; don’t let them go on a deep slumber when you get to work.

Also, write intriguing and catchy titles to hook your production house’s or news station’s interest. Here’s an example, ‘Wedding Feast turns into Death Poison for the Bride and the Groom’ or ‘Two People Die in a Wedding’ – which one would you prefer?

It’s not necessary that you have to excel in content writing or use exclusive vocabulary. Simple English with meaningful and humorous words can glue a viewer to the TV or a report than words that twist our tongues in all directions.

You plan to make a career in the media industry; you should know that in media, communication and interpersonal skills rank the highest amongst other important skills needed. Make sure you treat interviewees, responders as well as the agency people with respect and friendliness.

Everyone’s doing their job, respect theirs and they will respect yours in return. If ever you encounter a hostile situation, don’t start getting abusive and hysterical. Instead, proceed with caution and politely leave the place. (1)

If cops are involved, make sure you depart fast with necessary content before they break your gear for trespassing. Don’t tamper with any evidence in crime scenes.