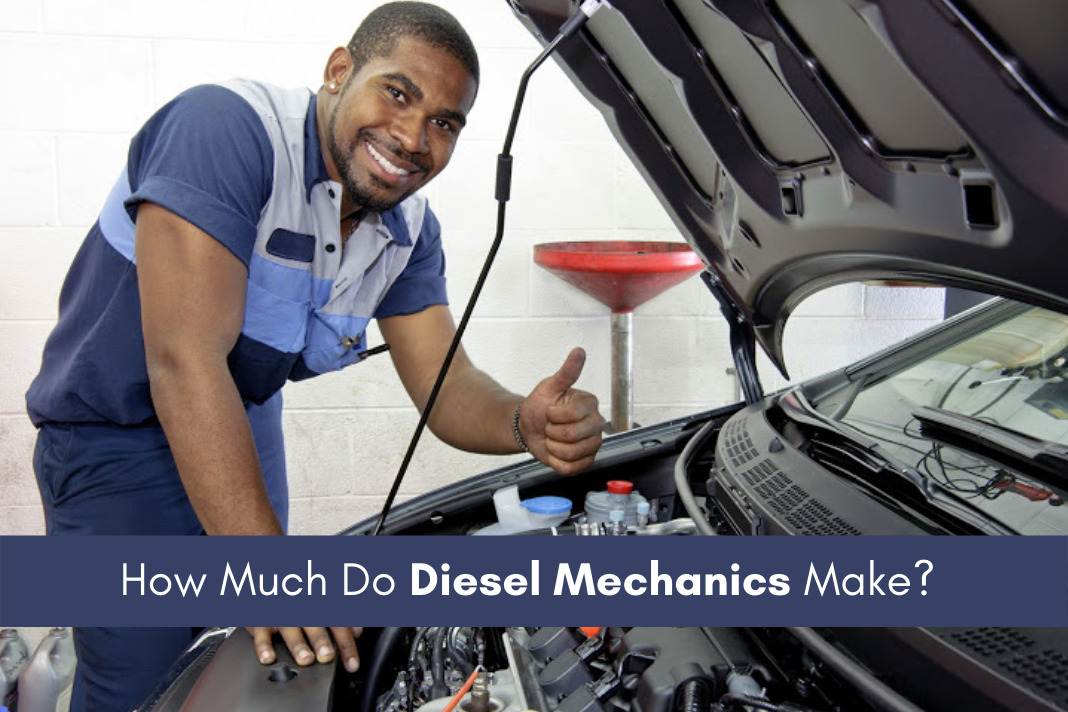 Diesel Mechanics specialize in working with all types of diesel engines—which differ from petrol-powered engines–including repairs, carrying out inspections, overhauls, and servicing. Diesel Mechanics can work with a wide range of machinery and vehicles, including buses, cars, farm equipment, and trucks.

As a Diesel Mechanic, they may perform a wide range of tasks, from full engine overhauls to routine maintenance or rebuilds. Diesel Mechanics may work in commercial or private garages, government facilities, and freight and mass transit operations.

Tasks and duties Of Diesel Mechanic

Candidates who have post secondary training in diesel engine repair are preferred in hiring by most employers.

Here’s How Much Mechanics Really Make

How to Become a Freelance Mechanic

How Much Do Diesel Mechanics Make

More than 53,200 diesel mechanics worked in the Truck Transportation industry as of 2019, earning an average of between $38,000 and $44,840 per annum. Those working directly for Automotive Repair and Maintenance shops averaged about $46,500 per annum.  Diesel mechanics who worked majorly on buses, those in the Charter Bus Industry industry averaged about $46,170, while those working on public transportation systems made about $53,370 per year. Diesel mechanics employed by Local Government, excluding schools and hospitals (OES Designation), earned about $57,230 per annum, while those employed by the Federal Executive Branch (OES Designation) averaged $82,680 per annum.

In general, diesel mechanics working in the West and Northeast tended to earn the most, while those employed in the South Central states reported the least mean incomes. Alaska stood first, with an average annual salary of $66,280 per annum, followed by Hawaii at District of Columbia per annum. Massachusetts ranked third, with a reported average salary of $59,310 per annum. West Virginia, Arkansas, Indiana reported about $40,440 per year, the lowest average salaries.

The BLS forecasts employment growth among diesel mechanics to occur at a rate of fifteen percent, about as quick as the growth rate projected for the economy as a whole. While aspirants with formal postsecondary training are expected to find excellent employment opportunities, those without such training will probably face fierce competition in the job market. Certification from the ASE (National Institute for Automotive Service Excellence) can also improve diesel mechanics’ career prospects.